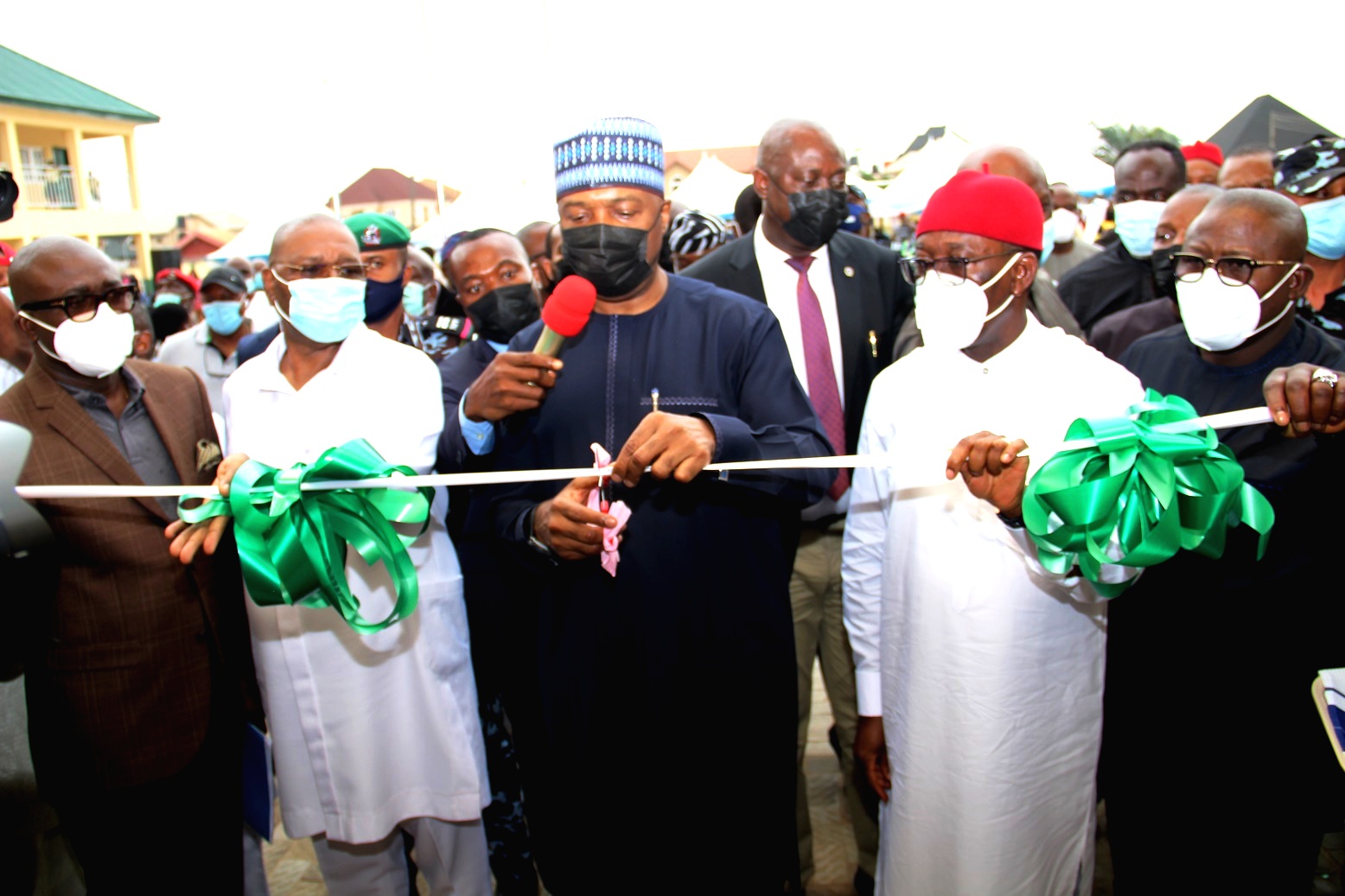 Former President of the Senate, Senator Dr Bukola Saraki, on Friday called on Nigerians to support the Peoples Democratic Party (PDP) to lead the country again in 2023.

He said that Nigeria was currently in bad shape, with alarming cases of insecurity and economic challenges and therefore, urged the people to give PDP another chance to make the difference.

He noted that the new projects were already impacting on the economic activities in Asaba and thanked Governor Ifeanyi Okowa for completing the projects.

“It gives me great pleasure to be here and to be part of this inauguration. For four years in the Senate we sat next to each other and I worked very closely with you when we passed the National Health Bill; I am very pleased with your performance here in Delta.

“It is on record that in our party, anytime we have difficult assignments we come to you because of your competence, integrity and commitment to duty.

“Our country is passing through some difficulties and I appeal to Nigerians to give PDP the chance again to lead Nigeria and you will see the difference.

“Your administration’s commitment to the growth and development of Asaba capital city is laudable and commendable,” Saraki said.

He added that the future of Nigeria would depend on infrastructure as being provided in Delta, and said “we are proud of what we as PDP government is doing here in Delta”.

Saraki, who is also a former governor of Kwara, appealed to teachers and pupils in the new school to maintain the facilities to ensure their sustainability.

In his remarks, Governor Okowa commended Saraki for his exemplary leadership in the PDP and the nation.

He expressed delight to have achieved the completion of DLA Road and adjoining streets after unsuccessful attempts by previous administrations in the state.

The governor stated that his administration was constructing a gigantic secretariat in the state capital to accommodate all government ministries, departments and agencies.

“We are truly very happy that this road is being inaugurated by you; there has been previous attempts at constructing the road but it failed because of inadequate drainage facilities.

“Beyond the construction of the roads, we have done the major sewer leading to the Amilimocha River and we are glad that the road will be put to use at all times in the year.

“We are constructing a leisure park and a film village because Asaba is home to Nollywood and we will want to maintain our leadership in Nollywood,” he disclosed.

“I want to promise that by the time we finish in the next two years, we will be glad that there was a government in the state.”

She thanked the governor for “finally putting an end to the suffering of road users due to the deplorable situation of the road”.

Chief Nwanze Oduah, who represented the Asagba of Asaba, Obi Prof. Chike Edozien, said that the road was a nightmare to inhabitants of the area, and commended the governor for being able to complete the road.

“We have witnessed an avalanche of roads inauguration in the state and as you can see, economic activities have picked up again on this road and we, the Asaba people, cannot thank you enough for doing this for us,” he said.

Commissioner for Basic and Secondary Education, Chief Patrick Ukah, said the establishment of the Government Primary School,  Junior Staff Quarters, Asaba was conceptualised during the 2016 Delta Education Summit which among others was the need to give quality access to education for Delta children.

“The handing over of schools in 2011 to the missionaries necessitated the building of more public schools to cope with rising population in the state capital.

“The new primary school is built according to specification and has the capacity to admit 760 pupils at an average of 40 pupils per classroom,” Ukah said.