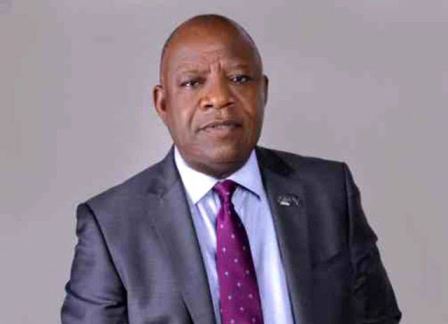 by Editor in Felicitation

Delta Governor, Sen. (Dr) Ifeanyi Okowa, has congratulated Mr Mustapha Isah on his appointment and ratification as substantive President of the Nigeria Guild of Editors(NGE).

Isah had been acting as president of NGE since former president, Mrs Funke Egbemode, became a commissioner in Osun.

He was ratified as substantive president at the 15th All Nigeria Editors’ Conference (ANEC 2019) in Sokoto on Friday.

Egbemode resigned as the President of NGE following her appointment as Commissioner for Information and Civic Orientation.

In a statement by his Chief Press Secretary, Mr Olisa Ifeajika, on Saturday in Asaba, Okowa felicitated with Isiah, a veteran journalist, saying he emerged at a time hate speech and fake news were becoming a topical issues in the media.

He urged him to work and change the narratives.

The governor commended Mrs Egbemode for her leadership qualities and wished her well in her stay in office as commissioner in Osun.

“On behalf of the government and people of Delta, I congratulate Mr Mustapha Isah on his election as President of the Nigerian Guild of Editors, first by the Standing Committee and subsequent ratification at the ANEC 2019 in Sokoto.

“You are coming in at a time when the media space is awash with discussions on hate speech and fake news.

“It is my wish that you use your good office to promote ethical journalism and ensure that the media remain undaunted in playing the critical role putting governments at all levels in check through your editorials, news reports, features and other platforms.

Isah, who is currently Head of News, Silverbird TV and Rhythm 93.7FM, Lagos, was born in Ubuneke Ivbiaro in Owan East Local Government Area of Edo.

He started his journalism carrier with the defunct Tempo Magazine and joined Ray Power FM as a reporter in 1995 and later moved to Rythm 93.7Fm as an Assistant News Editor.

Before his election as President, Isah had held several positions in the NGE. He was a Standing Committee member,  Assistant General Secretary and Vice President, West.