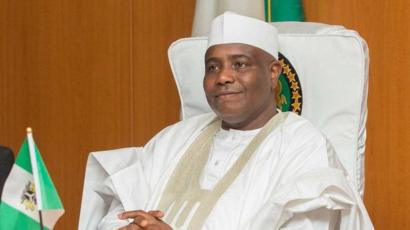 by Editor in News Reel
Delta Governor, Sen. (Dr.) Ifeanyi Okowa, has congratulated his Sokoto State counterpart, Alhaji Aminu Tambuwal, as his turns 54 years on Jan. 10.
Okowa, in a statement by his Chief Press Secretary, Mr Olisa Ifeajika, in Asaba, extolled Tambuwal for his tremendous contributions and outstanding accomplishments in the service of his state and country.
According to him, the sterling contributions of Tambuwal to the development of Sokoto State and Nigeria are legendary and worthy of commendation.
Okowa noted that Tambuwal, a former Speaker of House of Representatives, had transformed Sokoto State with various developmental projects embarked upon by his administration, especially in the education sector.
“Your selfless and impressive political and developmental achievements in office has placed your name on the sands of time as an emerging nationalist and a man to look out for in the future political development of our country.
“The people of Sokoto State can attest to your doggedness, commitment and steadfastness in state craftsmanship as exemplified in the monumental achievements in infrastructural development of your state under your watch.
“On behalf of my family, the government and people of Delta, I congratulate a gentleman of honour and integrity, a leading light of this generation, a consummate politician of our time and a courageous democrat, Rt Hon. Aminu Waziri Tambuwal, on his 54th birth anniversary.
“In the contemporary politics of Nigeria, Tambuwal has become a household name as an emerging nationalist whose voice is heard across the land.
“On this auspicious occasion of your 54th birth anniversary, I join your family, friends and well-wishers to thank Almighty God for your life which has been marked by outstanding accomplishments and enduring fulfillment,” Okowa said.
Prev post
Next post