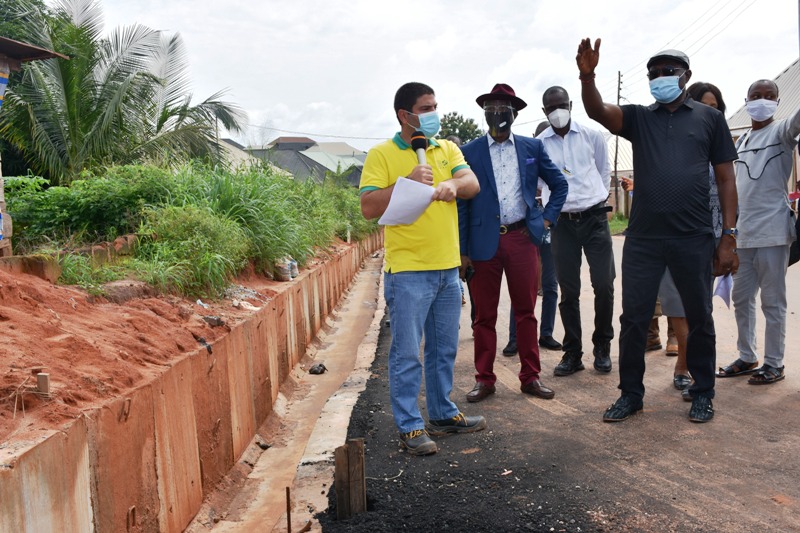 The Okpanam storm water drainage project in Asaba channeling flood to “Iyi-Uku River’’ in Okotomi Quarters would be ready for inauguration within the next three months.

Commissioner for Works, Chief James Augoye, disclosed this on Thursday while inspecting the project.

Augoye, who was in company with his Information counterpart, Mr Charles Aniagwu, said that the 4.6km drain was a proactive measure taken by the state government to address the flooding from Okpanam to Shoprite area in Asaba, adding that so far, 2.9km had been completed by the contracting firm. 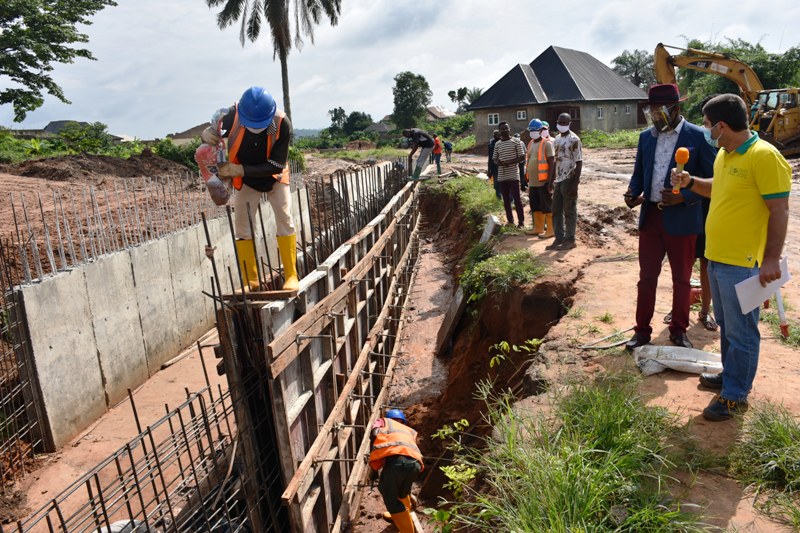 The commissioner said that the state government was already tarring five roads around Okpanam Road in a bid to control flood which was already a big problem on the road, adjoining streets and Okpanam community.

“We are also constructing some adjoining streets, about 12 of them. The essence is to reduce the volume of silts (sands) that move from this area to block the drains along the Okpanam Road. These are the areas through which the flood water moves from Okpanam down to Asaba. So, we have to take care of that,” he said.

While saying that many other roads were being constructed and tarred in Warri and Uvwie, Chief Augoye charged the contractors to redouble efforts to meet deadlines for the various projects in the state.

On the Okpanam/Okotomi storm water drain project, the Works Commissioner said that 60 per cent of the marked buildings for demolition have been paid for, stressing that those that built without proper acquisition would not be paid.

He gave assurance that the various projects were being supervised by his ministry to ensure that Deltans get value for money spent on road infrastructure.

The Project Manager of Levant Construction Company, the firm handling the storm water drain, Ghassan Fadel said that the drainage project was on course, pointing out that it would be completed in the next three months.

Speaking on the project, the Commissioner for Information, Mr. Charles Aniagwu said that the COVID-19 pandemic cannot deter the Senator Ifeanyi Okowa led administration from embarking on projects that would make life conducive for Deltans.

Aniagwu said that Governor Okowa was desirous of building a stronger Delta through infrastructure transformation and human capital development.

Some residents of the area where the storm water drain project is being executed commended the state government for coming to their aid, even as they pledged their support to the present administration in the realisation of set goals.