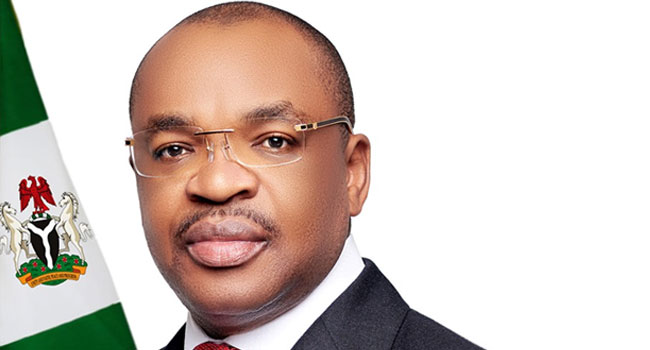 Okowa, in a statement by his Chief Press Secretary, Mr Olisa Ifeajika, in Asaba, commended the governor for his industrialisation agenda of Akwa Ibom, describing him as a core professional and indefatigable administrator.

He hailed Emmanuel for his visionary and pragmatic governance, which had lifted many Akwa Ibom sons and daughters from poverty, especially through job and wealth creation and presence of industries, which he attracted to the state.

Okowa said that it was heart-warming to note that the governor had through dint of hard work, discipline and masterfully-conceived vision won the admiration and respect of Akwa-Ibom people and the nation.

“Your focus and commitment to the industrialisation and development of your state has been roundly acknowledged, and I must thank the peace-loving people of the state for their cooperation with your administration in the last five years.

“On behalf of the government and people of Delta, I heartily rejoice with an outstanding professional, seasoned administrator and my brother governor, His Excellency, Mr Udom Emmanuel, as he turns 54 years.

“It is our prayer that God will continue to protect you and grant you good health to render more services to mankind,” he said.