Delta Governor, Senator (Dr) Ifeanyi Okowa, on Saturday reaffirmed that the strength of the Peoples Democratic Party (PDP) remained in consensus-building and peaceful resolution of issues and called for sustenance of the virtues.

He said that the attributes had always guided the party to successes at elections, especially in Delta.

Okowa stated this at the State Congress of the party in Delta, in Asaba, and urged members not to be distracted by the antics of the opposition in the state. 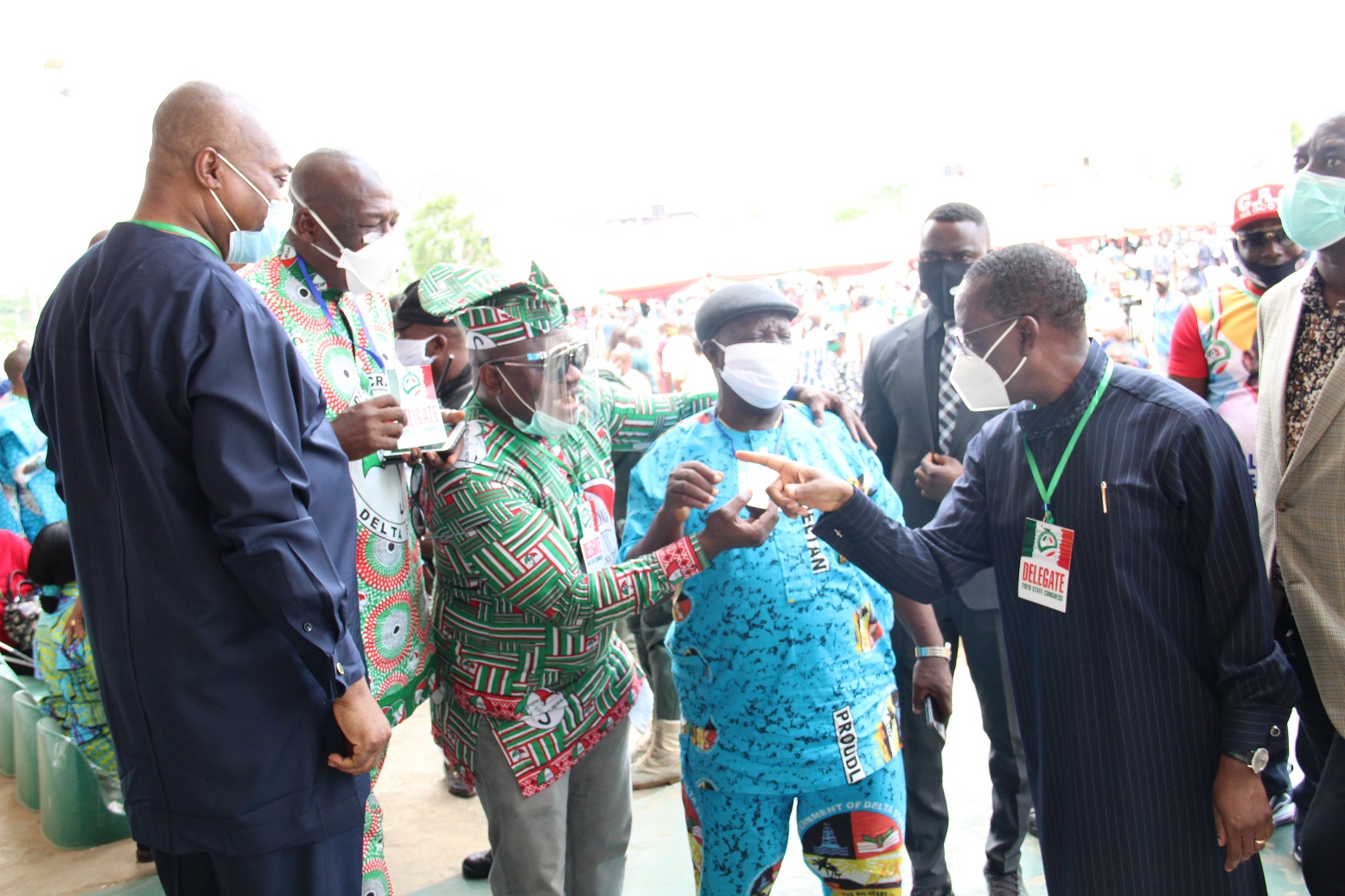 He thanked Deltans who prayed for him and his family when they were hit by the Coronavirus.

He said his administration was doing well in infrastructure, education, healthcare and job creation, adding that Delta had also been rated high across the country and beyond in human development index.

Okowa thanked God for a “very peaceful congress in our state, the ward and local government”, saying that Delta State had shown that “we are organized people; we are proud of the successes recorded so far.

“Since the formation of this great party, consensus building has always been our strength and I thank God that collectively in our various local government areas we all agreed and elected 39-member State Executive of the state.

“Our strength is in our collective will because you are there at the various units, wards, and local government areas,” Okowa said

He cautioned politicians to exercise caution ahead of 2023, saying “we were elected to work and provide dividends of democracy for the people and there is a lot of time ahead of us.” 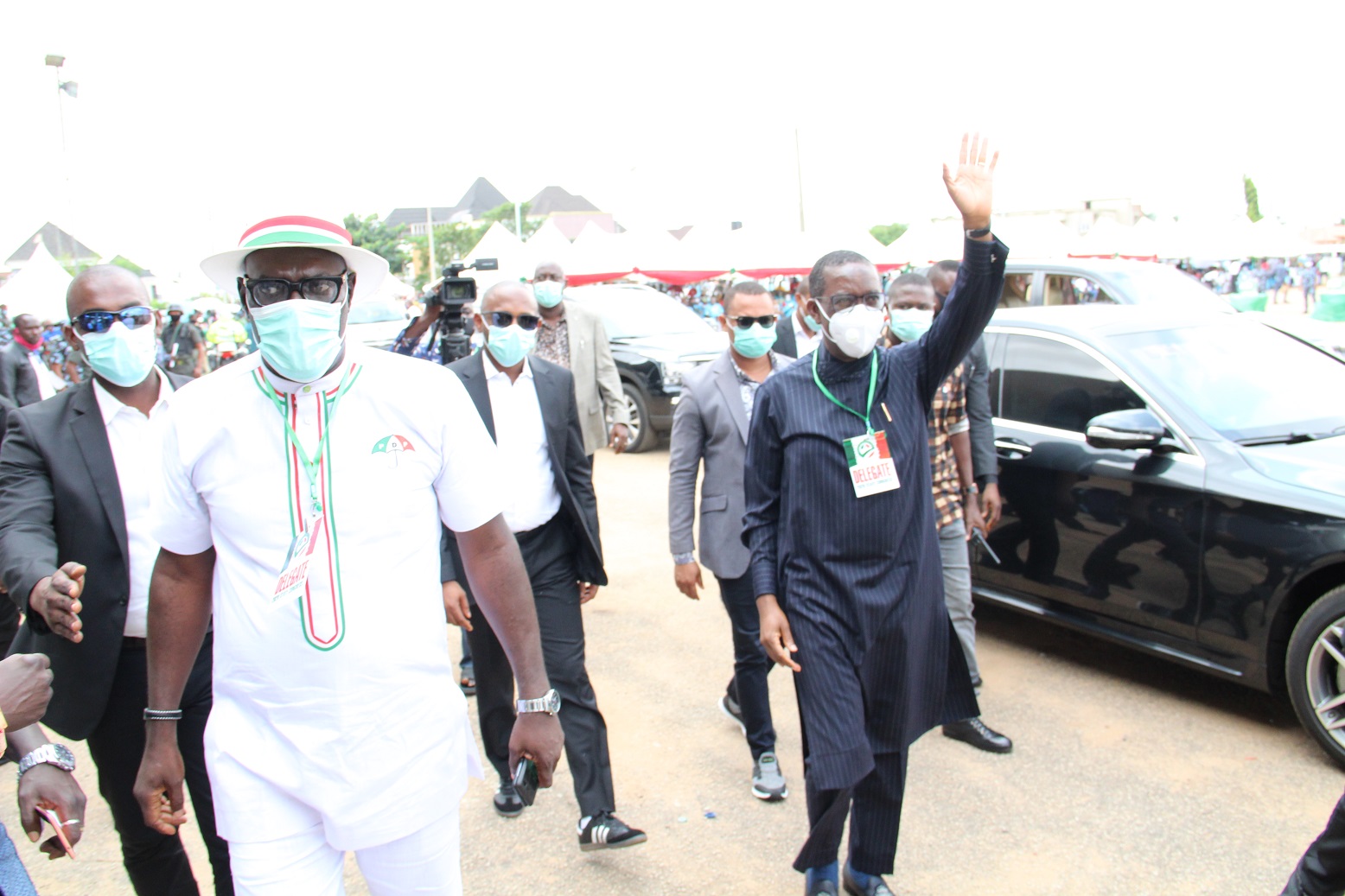 The governor also commended the immediate past executive committee of the party in the state “for a job well done and I can attest to the fact that you did very well.”

“I thank all of you so well because you have done very well.”

At the Congress, all members of the dissolved State Executive Committee of the party headed by Chief Kingsley Esiso as Chairman, were re-elected unopposed.

The election was attended by 2,803 delegates including the governor and his Deputy, Mr Kingsley Otuaro.

The Congress was conducted by a team of PDP officials from the party headquarters in Abuja, led by Dr Lawrence Ezenwa and was supervised by officials of Independent National Electoral Commission (INEC).

In his acceptance speech, Esiso thanked members of the party for having confidence in their ability to take the party to greater heights, assuring that the party will continue to support the Stronger Delta vision of the Okowa led administration.

He appealed to members with 2023 political ambition to exercise restraint as the Governor was still on duty, assuring that with God on our side, the party will continue it’s winning streak in the state.

Before the dissolution of the State Exco, Esiso had while welcoming the delegates, said the party extended the tenure of the State Executive by three months because of COVID-19 pandemic.

He said the role of any political party was to ensure democratic governance anchored on free and fair elections, adding that the state executive had worked diligently to deliver party candidates in virtually all the elections the party participated in.

“The party graciously granted the State Executive three months extension because of COVID-19 outbreak and so this congress has become very exigent because the extension ends in a few days time.

“When we came into office in 2016, we pledged an open door policy and to run the affairs of the party in such a manner that will ensure the unity of the party at all times.

“We couldn’t have achieved all these if not for the massive support and advice we have received from our dear Governor, Senator Dr Ifeanyi Okowa and other leaders of the party,” he said

Chairman of the election panel Dr Ezenwa said that the elections were peaceful and congratulated the PDP in Delta for a peaceful congress.