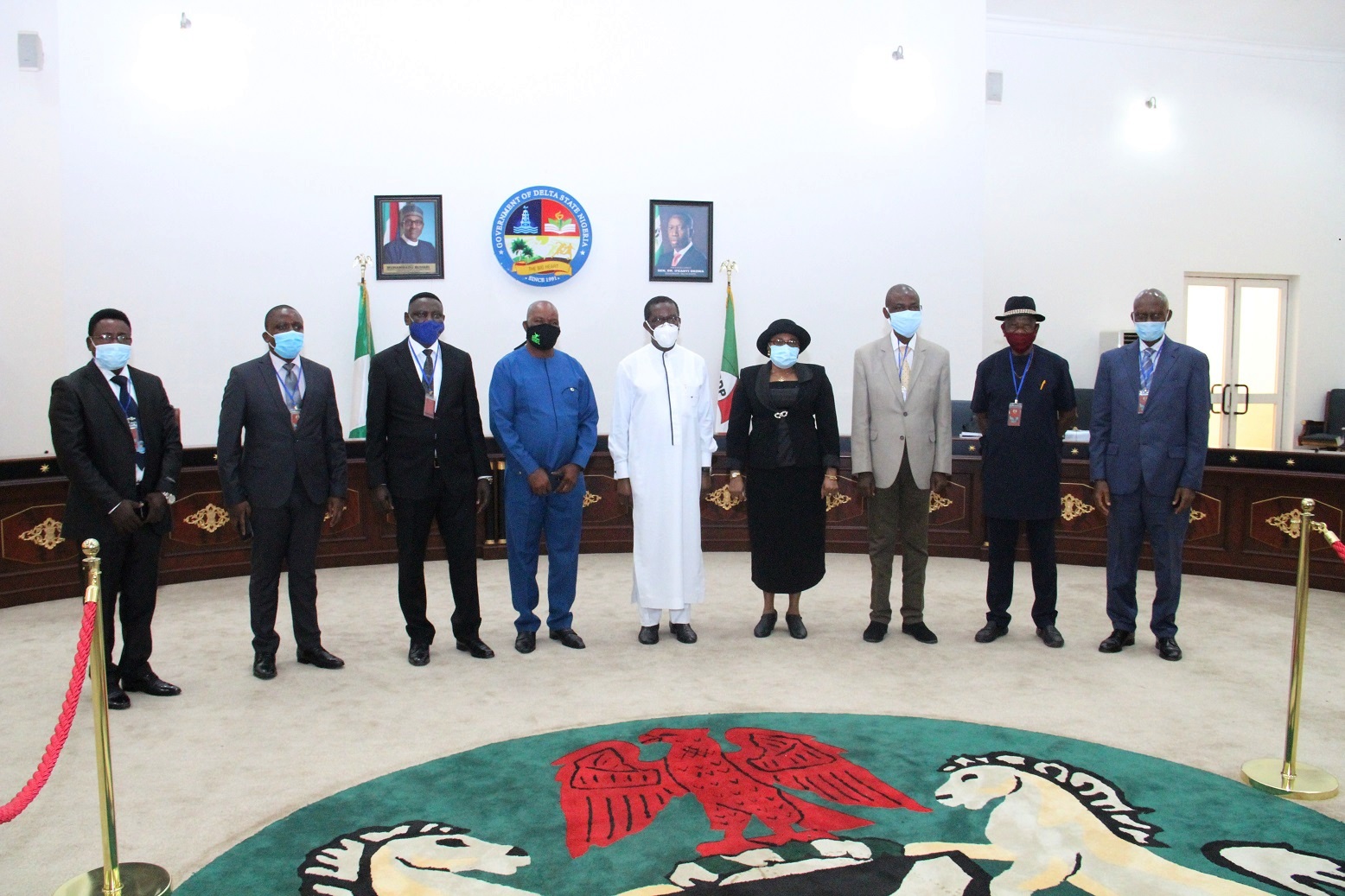 Delta Governor, Sen. (Dr) Ifeanyi Okowa, on Friday reaffirmed his administration’s commitment to ensuring that peace returned to warring communities in the state.

Okowa gave the assurance while receiving the report of the Judicial Panel of Enquiry into the disputed Okpe-Urhobo Forest Reserve from the Chairman of the Panel, Justice Tessy Diai, at Government House, Asaba.

He urged communities with land disputes to exercise restraint in their disagreements “as once lives are lost, they can’t be recovered”.

He said that government could only carry out development programmes when communities were peaceful.

The governor thanked the chairman and members of the panel for the great job they did and assured that the state government would study the report with a view to implementing the recommendations made by the panel.

“We must thank God for this day and we are glad that you finished your work and you did a very thorough job.

“Right from the beginning when the panel was constituted, we were sure that we had men with proven integrity in the panel.

“We are glad that you gave room to all manner and shades of opinion and that you also conducted public hearings.

“We reassure you that as a government we will study the report very quickly and put the recommendations to use.

“I thank the communities for allowing peace to reign during the period of the enquiry and I appeal to all warring parties to allow peace to reign as we study the report,” he said.

He appealed to affected communities to live peacefully, assuring that government would continue to do its best without sentiments to ensure that all communities in the state lived peacefully among themselves.

“We want to appeal to all the warring communities to allow peace to reign and allow us room to study this report and all necessary things will be put in place and government will come out with its position.

“It is with a peaceful environment that government can develop the state.

“I assure all Deltans that we will continue to do our best, God willing, to ensure that all our communities live in peace with themselves.

“I know that there are lots of areas in Delta where various communities are at logger heads over with themselves concerning the ownership of lands.

“In some instances they have taken to battle, but I will like to appeal to the leadership of our various communities that they should please ensure that whatever they do concerning lands that they do it in a way that is acceptable.

“We will continue to do our best and to ensure that without sentiments we will assist them to live at peace because when the communities are at peace, Delta is peaceful and we will concentrate on developing the state,” the governor stated.

He thanked the security agencies for their role in ensuring peace in warring communities across the state.

Okowa also commended the Special Adviser on Peace and Conflict Resolution, Chief Edwin Uzor, for his role in reconciling warring communities in the state.

Earlier, Justice Diai had while presenting the report said that the panel conducted public hearing and received 11 memoranda and 16 witnesses on the disputed Okpe-Urhobo forest reserve.

She thanked the governor for the confidence reposed in the panel, and assured that the government would find the panel’s recommendations useful.