Asaba International Airport in Delta is set to resume flight operations several months after it was shut down due to Coronavirus pandemic which paralysed business and socio-economic activities across the globe.

Secretary to Delta State Government, Mr Chiedu Ebie, who gave the hint while inspecting the airport on Thursday ahead of the resumption of aviation operations expected to begin in a few days, said that the airport was ready. 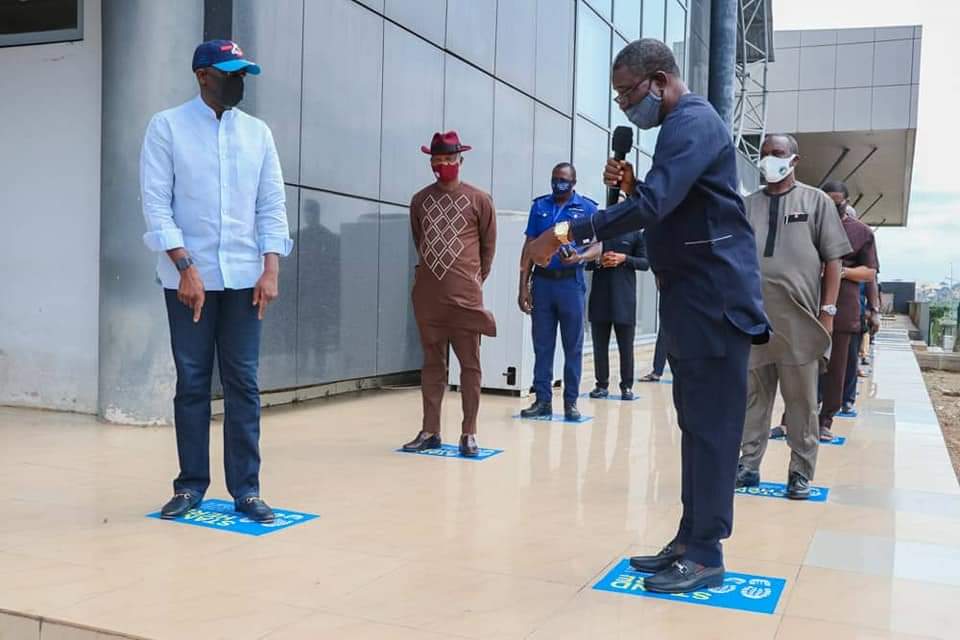 Ebie said that the state government had put necessary protocols in place at the airport for passenger compliance with COVID-19 injunctions given by Nigeria Centre for Disease Control (NCDC) for aviation activities.

He explained that the inspection was to ascertain the level of preparation on the part of the management of the airport for full resumption of flight operations in the airport.

Ebie said that he was impressed with the level of compliance with guidelines by Nigeria Civil Aviation Authority (NCAA) and the NCDC against the spread of COVID-19.

He stated that personnel of the airport were currently undergoing training to enable them function optimally in line with the “new normal’’.

The SSG said that when flight operations would resume, no fewer than six airlines, including Ibom Air, Azman and Arik Air, would be on the Asaba route.

He assure that the state government would work out modalities to ensure that physical-distancing and wearing of face masks were maintained in the airport operation.

On the fares to be collected by the airlines, Ebie said that the state government had no right to regulate the fare as the airlines were in business, adding that government would continue to do its best to ensure that the airport remained one of the best in the country.

Earlier, the Special Project Director of the airport, Mr Austin Ayemidejor, had said “steps have been taken to ensure that there is physical-distancing, compulsory wearing of face masks, washing of hands at the point of entry and temperature check”.

Ayemidejor who conducted the inspection team comprising the SSG, Commissioner for Information, Mr Charles Aniagwu, his counterpart in the Ministry of Finance, Sir Fidelis Tilije and the Chief of Staff, Government House, Chief David Edevbie; said the airport was fully set to host full flight operations.

Areas inspected at the airport were the ticketing hall, departure and arrival halls as well as other sections of the airport where a lot of facilities were already fixed in compliance with the fight against COVID-19.