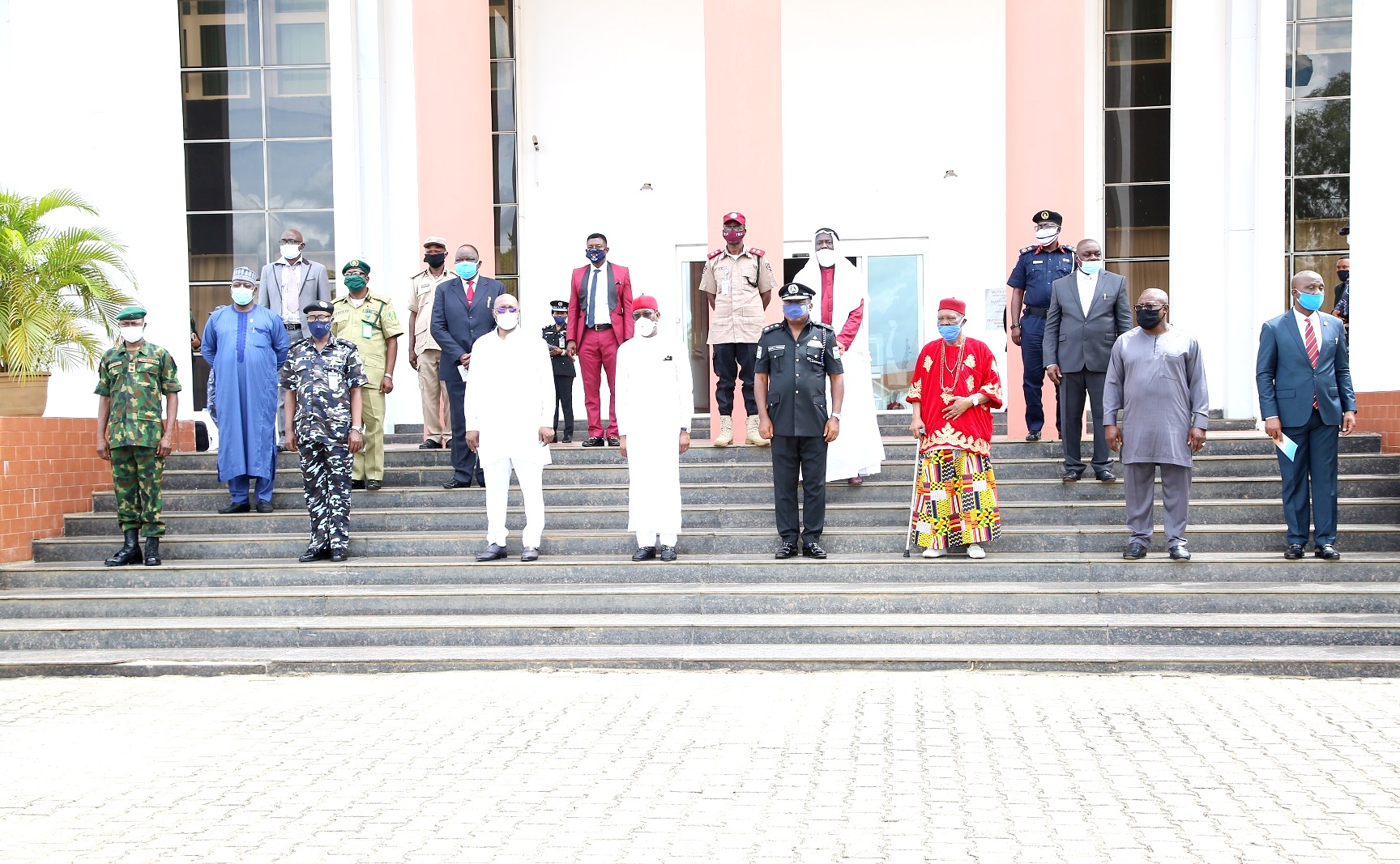 Delta Governor, Sen. (Dr) Ifeanyi Okowa, on Friday inaugurated two committees on community policing, saying it was in response to yearnings of citizens for local policing apparatus to check rising security challenges in the state.

At the ceremony in Asaba, Okowa said that raising the committees was to deepen the security architecture in the state to enable insecurity issues to be nipped in the bud.

According to him, the committees will help to bolster community policing to check criminal activities and assist the Police and other security agencies to provide and ensure the sustainability a crime-free society.

The governor said, “the last six weeks or so have been very tasking and challenging, not just with the existential threats posed by the COVID-19 global pandemic but also of emerging security risks confronting the various federating units.

“Notwithstanding the steady progress made by this administration in partnership with relevant security agencies to ensure the peace and safety of individuals, communities and public property in the state, there is a compelling need to continually deepen and expand our security architecture in such a manner that we are able to preempt and arrest any untoward development.

“Of weighty consideration in this regard is the necessity to bolster our community policing apparatus as the monsters of farmers/herdsmen clashes, cultism, small arms and light weapons proliferations, kidnapping, armed robbery, and other violent crimes appear to be on the resurgence.

“Urgent steps are, therefore, required to avert a possible breakdown of law and order. It is axiomatic that the security of any state or nation is a shared responsibility between the Government, law enforcement agencies and the people.

“And, as I have always said, the job of security is too serious, too important and too demanding to be left to law enforcement agencies alone.

“Community policing provides us with a strong platform to leverage on this partnership. Through the collaboration of the police, the people and the Government, it enables us to improve the processes and structures that engender peace-building, preserve our collective security, enhance the credibility of our criminal justice system and deliver better policing services.’’

He recalled that community policing was the subject of the South-South Security Summit held in Asaba in November, 2019 under the auspices of the Inspector-General of Police.

The governor explained that the inauguration of the committees, therefore, was one of the many steps his administration was taking to build on the momentum generated at the Summit.

He noted that members of the committees reflected the qualities of professionalism, character, competence, leadership, maturity, experience and diversity expected of such a high-powered assemblage, saying it could not be otherwise because this is an urgent state assignment that requires sacrifice, dedication, tact and wisdom.

Expressing confidence on members of the committees, he said “I trust in the abilities of these men to liaise with not just the police but all relevant stakeholders in order to advise, identify and nip problems in the bud before they escalate into full blown security challenges.

“I want to emphasise that the three major partners in the community policing process are the people, the police and the government. In this partnership, the relationship must be such that it is consensus-oriented, promotes accountability and elicits the appropriate action necessary to preserve our collective peace and security.

“Where one member of the ‘trinity’ is absent or non-committal, problems are bound to occur. Also, this partnership succeeds when it is not limited to occasional meetings, public declarations or simply sharing information.

“These must be backed with appropriate and decisive action by the police to elicit goodwill and inspire confidence. One key factor that enables problem-solving is the development and deployment of incident management programme.

“In each instance, we owe it a duty to do a proper analysis of what happened in order to correctly frame the problem and proffer the right solutions. The questions to be asked are: What went wrong? How did it happen? Was there any intelligence report? If not, why? Who was responsible, if any, and how do we prevent similar mistakes in the future?

“In suggesting solutions, we are to prioritize diplomacy and carefully weigh the intended and unintended consequences of any action.”

Okowa congratulated members of the committees and urged them to be guided by the zeal to make the society crime-free.

He commended the governor for his proactive steps at ensuring that there was security of lives and property in the state, adding that atmosphere of peace was evident in the state.

The IGP expressed confidence that the committees would “take the right steps to ensure that there is peace and crime is reduced to the barest minimum in the state’’.

Others who spoke at the event were Assistant Inspector-General of Police, Zone 5, Mr D.P. Yakadi and Commissioner of Police, Delta Command, Hafiz Inuwa.