COVID-19: How Delta is flattening the curve — Okowa’s CPS 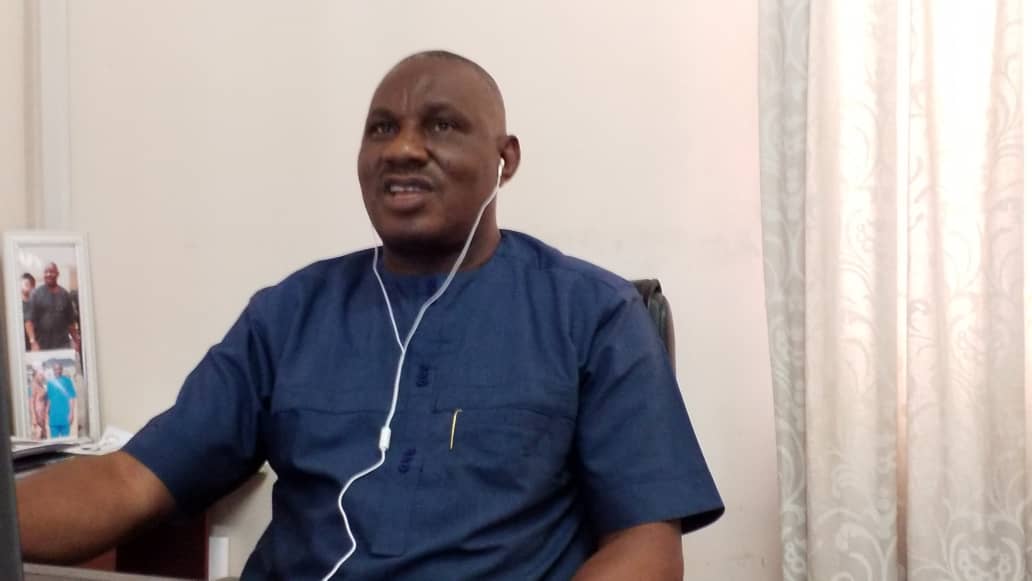 Chief Press Secretary to Governor of Delta, Mr Olisa Ifeajika, said the recent significant drop in active cases of COVID-19 in the state was due to effective contact-tracing and adequate treatment of patients.

According to Ifeajika, in an interview programme on Arise News Television monitored via Webex in Asaba, early reporting, increased detection and treatment of cases of the virus accounted for the massive drop in the number of active cases currently being recorded in the state.

He said that in spite of flattening of the curve, the state government remained desirous to drastically reduce the transmission of the virus by intensifying enforcement of its regulations and ensuring that culprits were adequately sanctioned.

He added that although there were seven well-equipped isolation and treatment centres in the state, the government had adopted home-care treatment for the majority of asymptomatic cases and those with mild manifestations of the virus in order not to congest the centres.

Ifeajika also disclosed that the existence of two testing centres for COVID-19 in the state had contributed immensely to the number of tests carried out as well as the timeliness in the release of the results.

He said the spike came when the virus entered the community transmission stage, but commended frontline health workers for their zeal and dedication in handling the cases.

“As at today, Delta has recorded a total of 1,464 confirmed cases, with only 120 as active while 1,303 cases have been successfully treated and discharged. Unfortunately, 41 lives have been lost on account of the pandemic.

“Before now we used to take our samples to Irrua in Edo and this contributed to delay, but since we acquired our own testing laboratory in Asaba, the turn-around time has improved greatly.

“It has given room now for testing more numbers, which as at today, we have tested no fewer than 6,234 cases,’’ he said.

“The number of personnel, level of sensitisation and effective contact-tracing which stands at 99 percent has helped us immensely in flattening the curve.

“So much has been put in place to ensure that our people abide with the protocols hence the drop in the number of cases we have in the state.

“The numbers have dropped and the personnel have been increased and we have two active laboratories now and the testing is continuous; the results are faster than before and it is helping us.

“Most of the cases are mild, and it’s easier to manage them when they are mild. With treatment within a period of one week to 10 days, they are cleared after testing negative twice. The mild cases and the prompt treatment are accounting for the low number of active cases we have now in the state.

“Most of the cases are mild and we designed a process for them; if they have good accommodation and free space, we adopt the home-care for them instead of congesting the isolation centres.

“The medical personnel usually checks and assess such homes to see if they are good and convenient, especially for those who live alone; they are allowed to have home-care and it has helped so much.

“And, people are voluntarily coming out to test based on the sensitisation that has taken place. People come out without feeling ill or feeling unwell; without being prompted, they come out to know their status and it is helping a lot in curtailing the transmission of the virus,” Ifeajika added.

He stated that the state had opened her boundaries in compliance with Federal Government’s lifting of the ban on inter-state movement, adding that some checkpoints were still in place to ensure that people complied with the protocols especially bearing in mind that one must be masked and observe physical-distancing when in public places.

“We have made several appeals for people to comply with the protocols, but now we have mobile courts to try defaulters. We have also threatened to close down any shop that attends to customers without face masks on.’’

“So, the state government is watching the body-language of both parents and the Federal Government.

“Night clubs, lounges and bars are still on lockdown but eateries are allowed to operate on take-away basis and that is one level we are using to control the spread,” he said.

On “Operation Delta Hawk’’, Ifeajika stated that it was the state government’s community-policing strategy geared towards stemming the tide of crime and criminality in the state.

“Operation Delta Hawk is about community-policing and it is intended to ensure that Delta Government secures the environment, reduce threat to security. It is a baby of the state government and a committee is `mid-wifing’ the process.

“The committee is working out the details and as soon as that is ready, it will be rolled out,” he stated.