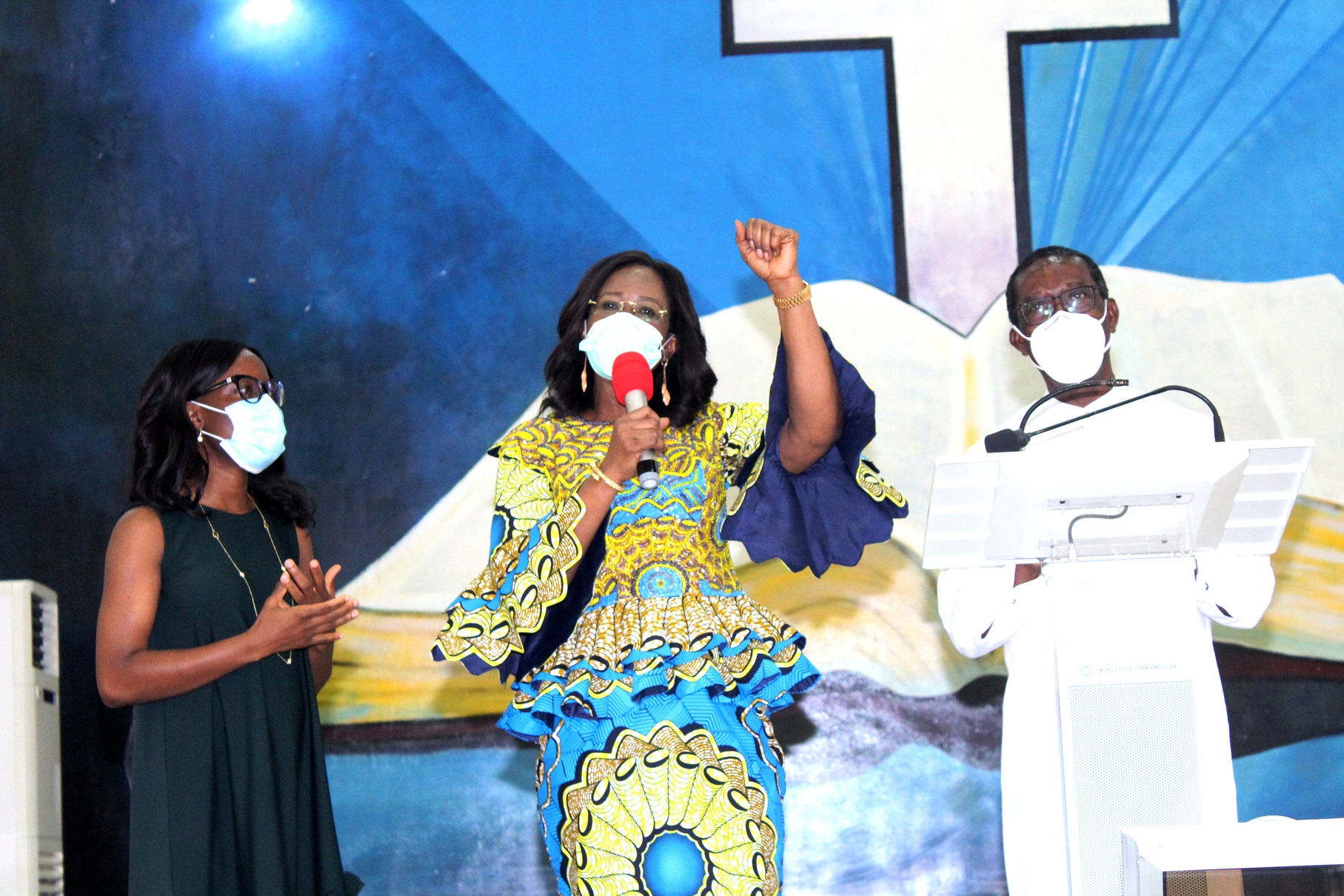 Governor Ifeanyi Okowa of Delta on Friday recounted his experience with COVID-19 attack and said more than three members of his family contracted the virus.

The governor, at a family thanksgiving at the Government House Chapel, Asaba, said God’s mercy saw the First Family through the challenge. 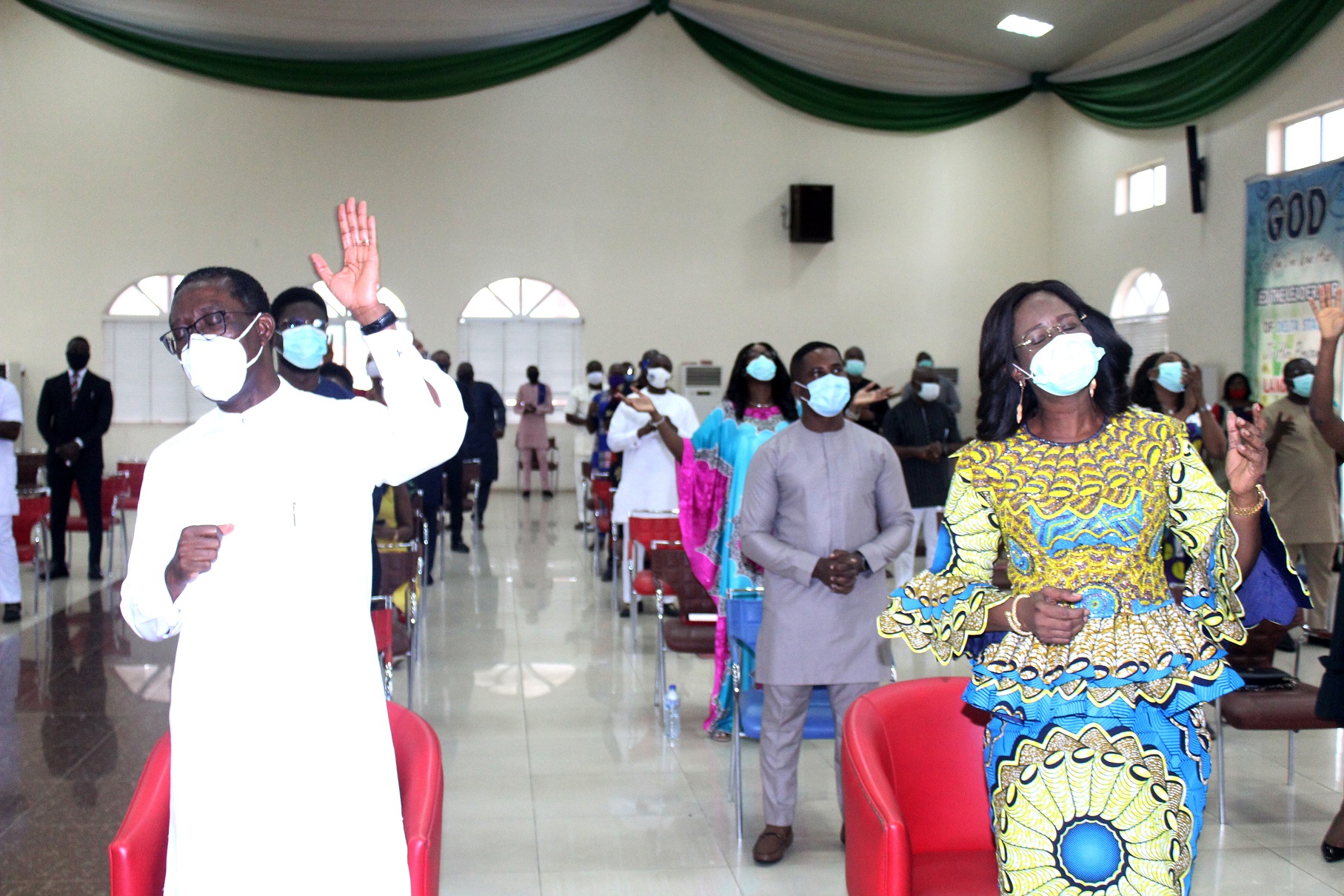 Reiterating that COVID-19 was real, he said that it was ridiculous and unimaginable for anyone to think that his family was given money to declare that they tested positive for the virus, stressing that the best way to avoid the devastating disease was for everybody to accept its reality and abide with the prescribed protocols to keep it at bay.

The governor, who was with his wife, Edith and all the children, disclosed that before the pandemic infected the family, he had planned for a family thanksgiving to show gratitude to God for His goodness to him.

According to him, we planned to appreciate God for the electoral victory in 2015, five eventful years as governor, divine mercy when a heavy object fell on my head while in the office, escaping from a fire incident that engulfed our household some time ago.

“As a family, we want today, to thank God for His faithfulness unto us, for the peace that we enjoy, for the unity in our home and for His love in our lives.

“God has done so much for us and we will continue to thank Him every day of our lives.

“Sometimes, I wonder how and why we deserve His mercy; it is for His grace not because we are so righteous.

God has continued to be there for me and my family, and I will continue to thank Him.

“In my approach to the 2015 election, not many people gave me a chance but God perfected His will,” Okowa said.

He thanked Deltans and Nigerians for their prayers while the travails lasted and pledged to redouble his service to God and in governing Delta.

He disclosed that a lot had been achieved by his administration, adding however that much still needed to be done and sued for the support of all in building a Stronger Delta.

To those who are in the habit of criticising his policies and programmes, the governor urged them to base their criticisms on facts rather than fiction.

He reaffirmed his zeal to pursue programmes that would move the state forward, stressing that all protocols aimed at curtailing the spread of coronavirus in the state would be enforced.

In her remarks, the wife of the governor, Dame Edith Okowa, said that thanksgiving would remain a routine by the Family considering God’s faithfulness in their lives.

In a brief exhortation, the Chaplain of the Chapel, Asaba, Venerable Charles Osemenam, said that if not for God, the first family would have been thrown into “darkness’’ by the devil.

Osemenam whose message was titled “The Lord Triumphed Gloriously” noted that anyone who believed in God would always be victorious.

In an interview at the venue, Speaker of Delta State House of Assembly, Mr Sheriff Oborevwori ànd the member representing Oshimili North Constituency in the Assembly, Mrs Pat Ajudua, said that the thanksgiving was apt, and called on Deltans to avoid acts capable of spreading COVID-19.

The thanksgiving service was attended by top government functionaries.