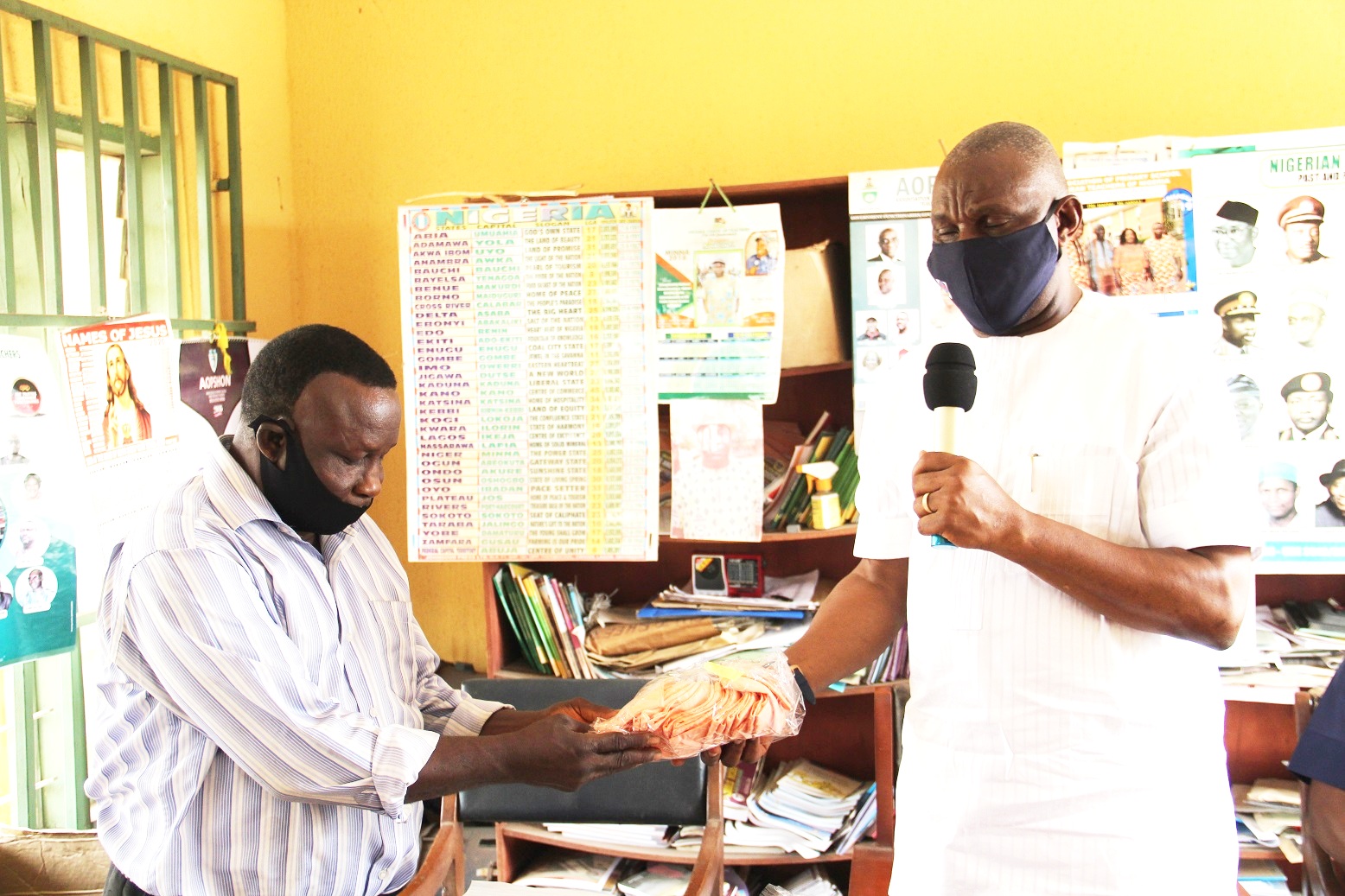 He said while presenting the masks to the four public schools in the community that the gesture was at the backdrop of the resurgence of the pandemic and the vulnerability of school children and teachers.

The governor’s spokesman, who was accompanied by Mr Chuks Onwuatogwu and Senior Special Assistant to the Governor on Media, Mr Nelson Egware, said that the prevailing second wave of COVID-19 had proved to be more vicious, and called for the consciousness and support of all stakeholders.

He stated that COVID-19 had affected socio-economic development of the world, including Africa and Nigeria.

He assured that infrastructure and human resource needs of the schools would be addressed in no distant time.

According to the governor’s aide, the second wave of the pandemic is deadlier than the previous one and there is need for us to adhere strictly to the preventive protocols.

“With the reopening of schools, the most basic thing to do is to ensure that pupils wear their face masks always and properly while in classroom and playground.

“I am here today to support you with face masks and to ensure that we preach to our students the need to observe these preventive protocols,” Ifeajika stated.

On the poor state of the Asaba-Illah road, he deplored Federal Government’s neglect of the strategic route to Abuja, saying that it was unfortunate that the government had abandoned roads in Delta and South-South.

“Due to the harrowing experience states go through to get refund from the Federal Government when they rehabilitate its infrastructure, it has becoming extremely difficult for any state to intervene on federal roads.

“However, in spite of such attitude of the Federal Government, our amiable governor, Senator Ifeanyi Okowa, has rehabilitated the Benin-Warri highway, the Asaba end of approach to River Niger Bridge and a failed portion at Ubulu-Okiti.

“By the grace of God, I am convinced without any equivocation that the governor will reconstruct the Asaba-Illah road if the Federal Government fails to do the needful,” he said.

Representative of the Director of Schools, Ministry of Basic and Secondary Education, Mr Charles Ojieh, thanked the Chief Press Secretary for the donation, adding that government alone could not provide all the needs of schools.

He charged the school heads to ensure that the face masks were judiciously used.

Responding, Principal, Illah Grammar School, Ms Vivian Juwah, thanked Ifeajika for his contribution and assured that the school management would do everything to ensure that the students adhered to the prescribed protocol to check the spread of the pandemic..

On her part, the Headmistress of Iyioka Primary School, Mrs Joy Enueze, thanked the governor’s spokesman for his magnanimity, and assured that the face masks would be distributed equitably to the pupils

Ifeajika had in May, 2020 distributed food palliatives, face masks, hand sanitizers to churches, police, health centre, motorcycle operators and other residents in the community during the lockdown.