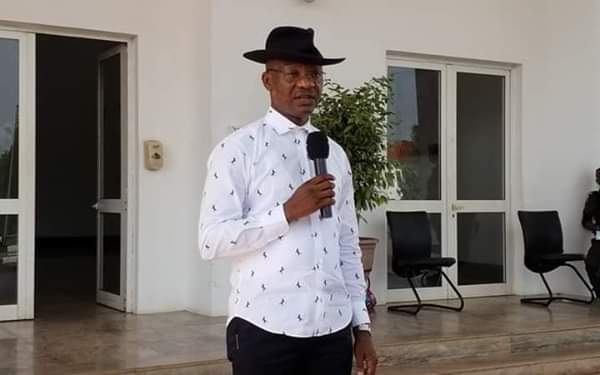 The Delta State Government has urged the public, particularly Deltans, to discountenance video clips purportedly on Warri residents defying the stay-at-home order of the state government over the Coronavirus pandemic and confronting security operatives, saying it was concocted and therefore, fake.

The Commissioner for Information, Mr. Charles Aniagwu, made the call in a statement on Friday in Asaba, and said that the concocted videos were not a true representation of happenings in Warri or any part of Delta in the last 48 hours.

According to him, the videos in circulation are figments of the imagination of a few disgruntled elements bent at pitching the people against the state government.

Aniagwu stated that the purported video of two military personnel threatening the residents of Warri was an arrangement of those who didn’t want the peace of the state, adding that the video was not a true representation of Nigerian military officers who knew the implication of threatening citizens with such an illicit video.

He added that the military command whose responsibility it was to deploy personnel, had debunked the video material.

The commissioner, therefore, called on the public, especially Deltans, to disregard the video as it was the machination of those bent at causing disaffection between Deltans and military authorities.

“Let me thank Deltans for their cooperation so far and urge them to discard the concocted videos aimed at causing disaffection between the military and Deltans.

“There is no report of killing of soldiers in Warri or any other part of Delta”.

“The concocted videos were aimed at causing disaffection between Deltans and the security agencies carrying out lawful duties”.

“While we appeal to our people to remain law-abiding, it is imperative to state that videos trending in social media are not a true reflection of happenings in the state”.

“We therefore call on our people to discard the videos and continue to remain indoors as directed by the government to enable us curb the possible outbreak and spread of the COVID-19 pandemic in the state”.

“As a government we will continue to appeal to the security agencies to apply rules of engagement as practised in most democracies as they carry out their lawful duties.” he added.