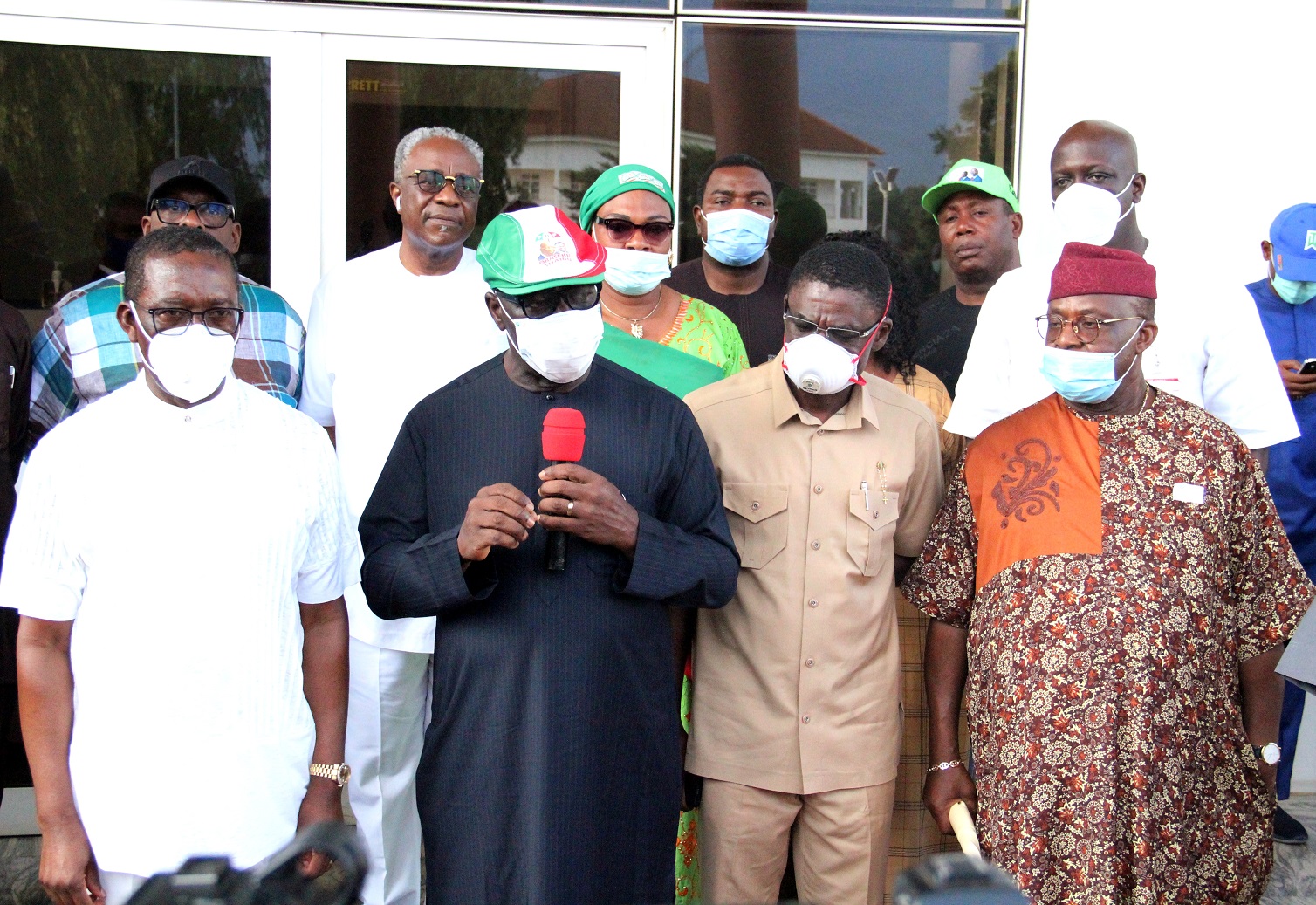 Edo Governor, Mr Godwin Obaseki, has said that his re-election will pave way for integration and consolidation in the South-South region.

Obaseki stated this on Tuesday when he paid a “thank-you’’ visit to Governor Ifeanyi Okowa of Delta at Government House, Asaba.

Accompanied by his wife, Betsy, Deputy Governor, Philip Shaibu and wife, members of the National Assembly from Edo and other top government functionaries, Obaseki said the delegation was in Asaba to thank Okowa and Deltans for their support in his re-election.

He said that the support of Governor Okowa and Deltans had rekindled the spirit of the old Bendel.

He added that his re-election on the platform of the Peoples Democratic Party (PDP) would pave the way for regional cooperation and development with all the governors in the South-South belonging to one political party.

“Let me express my profound thanks and appreciation for receiving us. Our purpose of coming is to thank you for the support you gave to us in our re-election.

“The amount of sacrifice you made for us in terms of time and the emotional energy that you put in the election is worthy of appreciation.

“We know that part of your ancestry is Edo, but you went beyond that by adopting two local government areas and supported them to victory.

“We express our gratitude and let you know that by your action you have rekindled the spirit of Bendel.

“When I came to visit you last year after your re-election, I had no idea that I will find myself in the same party with you, but here I am, and I am happy because it is good for our regional cooperation.

“As Chairman of South-South Governors, you have provided strong leadership for the region and now that we have achieved political cooperation, we will now focus on the economic cooperation and development of the region.

In his remarks, Okowa expressed appreciation to God for the victory, saying that he was inspired to support Obaseki because of his humility and the fact that he was being oppressed.

“I want to congratulate you once again and I feel very excited that you won the election because somebody wanted to play the role of God and it ought not to be so.

“I believe God did this in your life because you have proven to be a very humble man and people who boast too much don’t usually end well.

“I thank all our party members and the Edo people for their resilience in ensuring your re-election.

“Now that we are all in the same political party, it makes it easier for us to relate with ourselves in this region,” he said.

Okowa also commended the Edo Deputy Governor, Comrade Philip Shaibu, for his loyalty and dedication, describing him as a “supportive, humble and reliable partner’’.

According to him, when you have such a humble and loyal deputy, governance becomes much easier.

The governor advised Obaseki to show “lots of magnanimity and grace, but don’t allow the lions and the tigers to torment the people again’’.

“May God give you the enabling grace to fulfill all your campaign promises; your people are expecting a lot from you because of their huge support and I pray that God assist you with more funds to provide for the needs of the people.

“I am glad that the election was peaceful and the results were accepted, because even the opposition has congratulated you.

“This is the first time an opposition party is congratulating another party openly and we thank God for that,” he added.