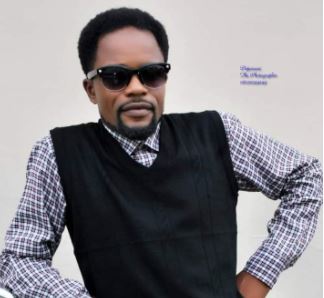 Kekeghe, an English teacher at Ajayi Crowther University, Oyo, was hitherto a teacher at the College of Education, Warri. He was conferred with the prestigious award at the association’s 40th Anniversary and International Convention in Abuja.

Okowa’s felicitation with the Imode community in Ughelli South Local Government Area of Delta-born poet was conveyed in a statement by his Chief Press Secretary, Mr Olisa Ifeajika, in Asaba.

He said that Kekeghe, a researcher with bias in inter-disciplinary studies, medical and environmental humanities; post-colonial and gender studies as well as creative writing, was one of Nigeria’s rising literary giants, adding that the best was yet to come from him.

The governor lauded the poet whose first and second degrees were obtained from Delta State University, Abraka and University of Ibadan, for his brilliant contribution to poetry genre and for bringing honour and fame to himself and to Delta State.

“On behalf of the government and people of Delta, I congratulate Dr Stephen Ese Kekeghe for emerging joint winner of the ANA Prize for Poetry, 2021.

“As a state, we are particularly proud of your sterling contributions to the development of the literary world and it is our prayer that you work harder to win more laurels,” he stated.

Kekeghe is also the author of ‘Pond of Leeches’, a play which has been staged in several universities in Nigeria and ‘Chants of Memories’, a collection of poems already published in different print and online outlets.