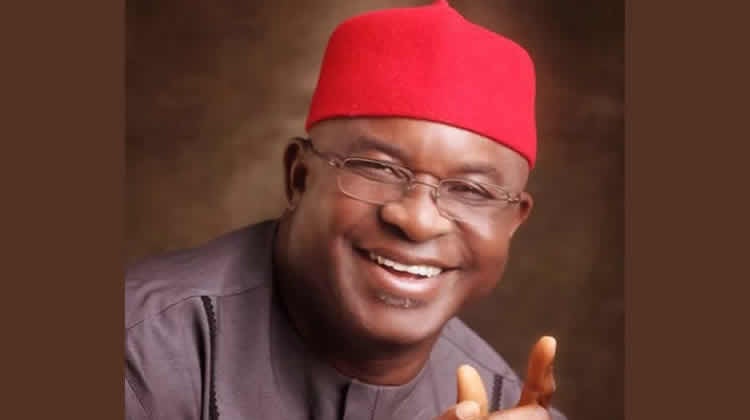 Governor Ifeanyi Okowa of Delta has congratulated former President of the Senate, Sen. David Mark, as he turns 72 on Wednesday, April 8.

In a statement on Tuesday in Asaba by his Chief Press Secretary, Olisa Ifeajika, the governor felicitated with the family, friends and political associates of the former military officer, who served the country in various capacities as military governor, minister and President of the Senate.

He extolled the leadership qualities of the former helmsman of the Red Chamber, describing him as a democrat, astute administrator and a leader of impeccable disposition.

The governor noted that the remarkable achievements recorded by the 6th and 7th Senate were unarguably due to Mark’s indefatigable role as President of the upper chamber at those times.

He particularly extolled the intelligence with which Sen. Mark piloted the affairs of the National Assembly when he served as its Chairman.

According to the governor, Senator Mark’s devotion and dedication to the course of peace and stability in Nigeria during the eight years he served as President of the Senate is indelible.

“It was during his tenure that some constitutional lacuna such as the Doctrine of Necessity was regulated and we can’t thank him enough.

“The Senate and the National Assembly under his able leadership also recorded outstanding achievements, especially in the passage of very important Bills which became laws, including the National Health Act.

“On behalf of my family, the government and people of Delta, I felicitate with a distinguished Senator, an officer and a gentleman, David Mark, on the occasion of his 72nd birth anniversary.

“As a state, we rejoice with you, members of your family and political associates in celebrating a life of great accomplishments in public service.

“It is our prayer that God will continue to grant you greater years ahead to continue in your service to our nation as we continue to make our democracy work better for our country,” he stated.