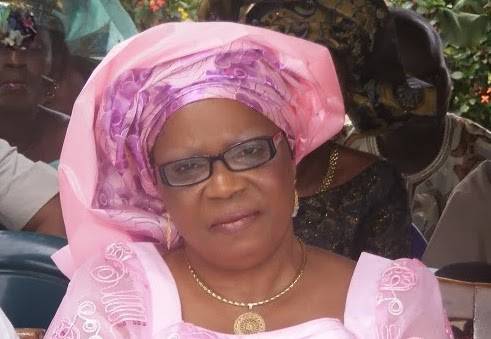 He extolled the renowned nurse and astute politician and chieftain of the Peoples Democratic Party (PDP) for her unalloyed dedication and loyalty, which she had continued to exemplify in her commitment to the unity and growth of the state.

In a statement by Mr Olisa Ifeajika, his Chief Press Secretary, in Asaba, the governor commended Okwuofu for her roles in the state, and expressed happiness that at her age, she had remained very  supportive in the development of the state.

He joined family, friends and associates in celebrating the remarkable life of service of “Agunwanyi” as the political Amazon is fondly called.

He said that Okwuofu had remained a dependable patriot, administrator and an accomplished leader, whose invaluable service, particularly to Delta and its citizens would remain indelible.

The governor said: “It is with profound joy that on behalf of my family, the government and people of Delta, I congratulate you, our dear mother and leader, Dame Nkem Okwuofu on your 72nd birth anniversary.

“You have continued to live a life of impact as an exemplary and accomplished public servant in different capacities since your sojourn in politics, spanning decades.

“Your humility and commitment to service, which you demonstrated immensely in the several victories in all elections recorded by our party, the PDP, in the state, Delta North and your native Aniocha North Local Government Area, will continue to be appreciated.

‘’Your untiring efforts and commitment to the growth and development of your community, Obomkpa, has attracted infrastructure to your people, especially the road leading to the community.

“On this special day of your life, I join your family to thank Almighty God for His guidance, protection and provision for you in the past 72 years of a life of outstanding accomplishments and fulfillment.”