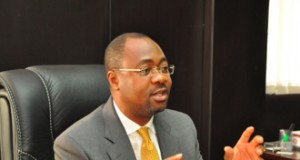 In a statement by his Chief Press Secretary, Mr Olisa Ifeajika, in Asaba, the governor commended the professor for his tremendous achievements and quality contributions in teaching and research as well as in public service as an administrator of repute.

He stated that Monye’s efforts in the growth and development of Delta was commendable, especially his role in the concessioning process of Asaba International Airport.

Okowa pointed out that he also contributed immensely to the development of Nigeria when he served as Special Adviser to former President Goodluck Jonathan on Performance, Monitoring and Evaluation.

According to the governor, Prof. Monye’s impressive academic and public service record have placed his name on the sands of time as an academic worthy of emulation.

“The people of Onicha-Ugbo kingdom and Deltans are proud of your outstanding accomplishments in teaching and research which you exemplified in the national and international scholarships you undertook all over the world.

“Over the years, you have by dint of hard work and discipline, attained the pinnacle of your career by becoming a Professor of International Business of many years standing.

“The setting up of the Africa Institute for Public Policy (AIPP) in Onicha-Ugbo, a research-based centre for independent, non-partisan, public policy studies and analysis is yet another of your contributions to the development of Delta.

“As a government, we appreciate your role and astute contributions in the incubation and execution of several world-class deals, including the concessioning agreement of Asaba International Airport,” he said

“On behalf of the government and people of Delta, I congratulate you, my brother and friend, Prof. Sylvester Monye, as you celebrate your 61st birth anniversary on March 4, 2020.

“At 61 years, your family and indeed, your associates and admirers have cause to be grateful to Almighty God for having granted you a life of great accomplishments and abiding fulfillment on your successful retirement from teaching service,” Okowa added.

For his love and quest to serve the people of Delta, Prof. Monye contested in PDP Governorship Primary in 2014, but lost to the incumbent governor.

He joined the services of Delta Government as Senior Policy Adviser to the Governor in 2015, a position he occupies till date.