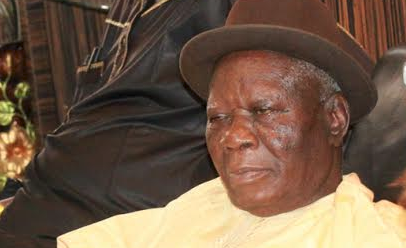 Governor Ifeanyi Okowa of Delta on Sunday congratulated Ijaw national leader and elder statesman, Chief Edwin Clark, as he clocks 93 on Monday, May 25.

In a statement by his Chief Press Secretary, Mr Olisa Ifeajika, in Asaba, the governor described the nonagenarian as “a fearless and patriotic leader’’, who cares for the interests of his people and the peaceful co-existence of Nigerians.

He said that Clark had worked so hard to place his name in the annals of history as a great fighter of the Niger Delta course.

Okowa noted that the elder statesman’s voice on national issues and his unrelenting service to the nation had stood him out as “great, patriot and fearless leader”.

He remarked that the nonagenarian’s wise regular counseling and leadership acumen contributed immensely to the stability, growth and development of the Niger Delta region in particular and the entire country in general.

He said: “On this occasion of your 93rd birth anniversary, I heartily rejoice with you and your family, on behalf of the Government and people of Delta.

“In the past 93 years of a life of outstanding accomplishments and great personal fulfillment, you have not only served our nation at different levels but with an uncommon sense of patriotism and unwavering dedication, to its peace and unity.

“Till date, you have continued to give yourself in the service of our fatherland through your wise counsels and comments on national issues.

“As an enviable and notable voice in the call for the restructuring of the nation, you have made indelible footprints through your remarkable contributions to the Niger Delta struggle and we owe you a great deal of appreciation.”

The governor joined Chief Clark’s family, friends and well-wishers “to thank Almighty God for your life and to pray that our Lord continues to bless you with robust health and imbue you with His continued guidance, protection and enduring provision in the years ahead’’.