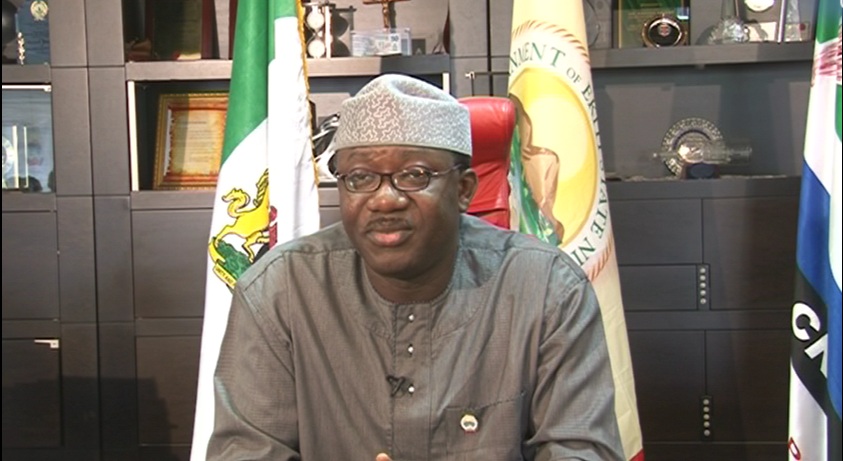 Fayemi, an All Progressive Congress (APC) chieftain, was first elected Governor of Ekiti State in 2010 and lost re-election bid in 2014.

He was Minister of Solid Minerals Development from 2015 to 2018 when he was re-elected Governor of Ekiti State.

In May, 2019, he was elected Chairman of Nigeria Governors’ Forum.

Okowa, in a statement by his Chief Press Secretary, Mr Olisa Ifeajika, in Asaba, extolled Fayemi for his tremendous contributions and outstanding accomplishments in the service of his state and country.

According to him, the sterling contributions of Fayemi to the promotion of democratic development, peace-building and human security in Nigeria are legendary and worthy of commendation.

Okowa noted that the former minister contributed significantly to the growth of revenue from exports in the Mining sector by 592 per cent from 2016 to 2017 contributing seven per cent to Gross Domestic Products (GDP).

“Your impressive political and developmental achievements in office have placed your name on the sands of time as a leader worthy of commendation.

“The people of Ekiti State can attest to your doggedness, commitment and steadfastness in state craftsmanship as exemplified in the modest achievements through the implementation of your well-articulated social-welfarist blueprint known as the Eight-Point Agenda.

“In the contemporary politics of Nigeria, Kayode Fayemi has become a household name as an emerging nationalist and Chairman Nigeria Governors Forum,” he said.

“On behalf of my family, the government and people of Delta, I congratulate a gentleman of honour and an outstanding personality, a leading light of this generation, a consummate politician of our time and a courageous democrat, Dr. John Olukayode Fayemi, on his 55th birth anniversary.

“On this auspicious occasion of your 55th birth anniversary, I join your family, friends and well-wishers to thank Almighty God for your life which has been marked by outstanding accomplishments and enduring fulfillment,” Okowa added.