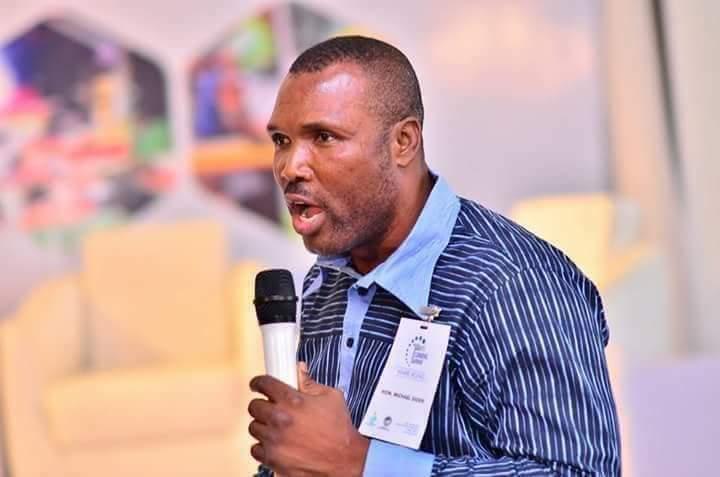 Okowa said that Diden popularly known as Ejele, has made remarkable contributions to the development of Delta in the several capacities he has served the state.

In a statement by his Chief Press Secretary, Mr Olisa Ifeajika, in Asaba, the governor commended Diden for his tremendous and outstanding efforts in the service of Delta over the years, and described him as an outstanding man who always spoke truth to power.

He observed that Diden commanded a lot of followership across the state, and attributed it to his selfless and humble leadership style.

The governor recalled that Delta Political Vanguard (DPV) which Diden founded with other illustrious Deltans, contributed immensely to the realisation of his governorship ambition in 2015 as well as his re-election in 2019.

“Michael Diden’s leadership of Delta Political Vanguard (DPV) no doubt contributed significantly to our success in the 2015 and 2019 elections.

“He is a man of the people and a truthful politician loved by many for his open-door policy and humane disposition.”

“As Chairman of DESOPADEC, he has stabilised the Commission to focus on its core mandate.”

“DESOPADEC under his leadership has continued to contribute to poverty reduction, economic, social and infrastructure development in oil-bearing communities of the state, which recently won the commission Independent Newspapers Award for the Outstanding State Agency of the year.

“On behalf of my family, the government and people of Delta, I congratulate you, my brother and friend, Hon. Michael Diden, Chairman, Delta State Oil Producing Areas Development Commission (DESOPADEC) on the occasion of your 57th birth anniversary on March 26,’’ he said.

Okowa rejoiced with family members, friends and political associates of Diden on the auspicious occasion.

He expressed strong belief that “the best years of the PDP leader are still ahead’’ and prayed that Almighty God would grant him long life, good health and more wisdom to keep serving the state and country”.

Diden who hails from Deghele in Warri North Local Government Area of the state was chairman of the council and was also a Commissioner representing Itsekiri ethnic nationality on the board of DESOPADEC during the administration of former Governor, Dr Emmanuel Uduaghan.

In 2015, he was elected into the Delta State House of Assembly where he served as Deputy Chief Whip.

Diden, an evangelist and a man after God’s heart is the founder and General Overseer of Mega Praise Ministry Int’l with headquarters in Sapele.