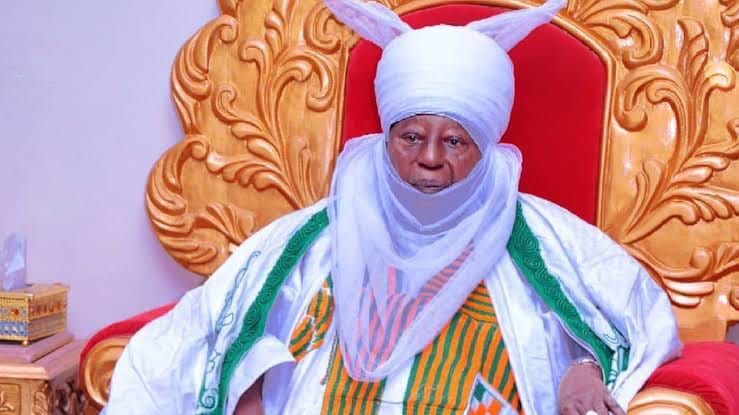 Delta Governor, Sen. (Dr) Ifeanyi Okowa has sent his heartfelt condolences to the government and people of Kaduna State on the passing of Emir of Zazzau, Alhaji Shehu Idris.

In a condolence message by his Chief Press Secretary, Mr Olisa Ifeajika, in Asaba on Monday, the governor also commiserated with the royal family and the Zazzau Emirate Council on the death of the renowned traditional ruler.

Okowa said that for 45 years the late Emir had the rare privilege of leading the people of Zazzau Emirate with utmost diligence and unassuming dedication.

He stressed that the deceased, who was one of the longest serving traditional rulers in the country, was a strong proponent of peace, progress and development in the country and exemplified this in his 45 years on the throne.

According to him, Nigerians from across political and religious beliefs will miss the astute leadership and warm disposition of the revered Emir.

Okowa said that the Emir’s good works and leadership qualities would long be remembered and cherished in his Emirate and the entire nation.

Okowa described the late Shehu Idris as a great patriot whose honest and peace loving leadership was commendable.

“The late Emir was an iconic leader and exemplary peacemaker whose influence and commitment to good leadership traversed beyond his Emirate.

“In the last 45 years of his reign, the Zazzau Emirate developed further in the areas of infrastructure, especially education and peaceful co-existence among the people of the Emirate and their neighbours.

“He played a fatherly role in his regular call for peace among farmers and herdsmen in the state and the nation at large.

“The late Shehu Idris was a man who feared Allah in his leadership and was always ready to assist and support the needy as well as the development of the Zazzau Emirate.

“Since he was appointed Emir of Zazzau on February 8, 1975, the deceased served under 20 governors, and was never found wanting in his leadership disposition,” he said.

He prayed Allah to forgive him his sins and grant him Aljanah firdus and comfort the people of Zazzau Emirate on the demise of their beloved royal father.