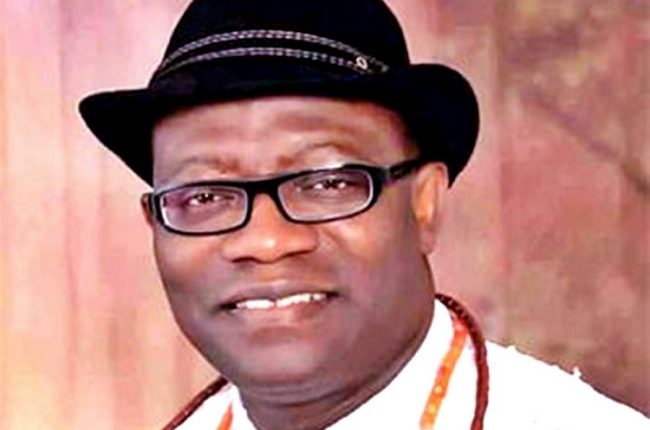 Okpara reportedly died on Friday at a Warri hospital. He was 60. He hails from Eku in Ethiope East Local Government Area, and was Commissioner for Finance and Economic Planning during the administration of Governor Emmanuel Uduaghan.

In a statement by his Chief Press Secretary, Mr Olisa Ifeajika, in Asaba, Okowa commiserated with the people of Ethiope East and Eku community in particular, over the demise of the renowned politician and Peoples Democratic Party (PDP) chieftain.

He noted that the departed Okpara, as a grassroots politician, contributed his quota to the development of his area and the state.

The governor said that the deceased was an international finance expert, who utilised his knowledge and wealth of experience for the benefit of the people of Delta, Nigeria and the World.

He said, “On behalf of the government and people of Delta, I mourn the passing of a gentleman and financial technocrat, who passed on after battling with an undisclosed ailment.

“The news of his death came to me as a shock. He was a perfect gentleman-politician and technocrat, who distinguished himself in the service of the state as Commissioner for Finance and member of the State Executive Council.

“Until his passing, he was a Peoples Democratic Party (PDP) chieftain and one of the top contenders for the office of the Governor of our dear state, Delta.”

Okowa prayed God to accept the deceased’s soul and grant fortitude to the family and friends he left to bear the loss.