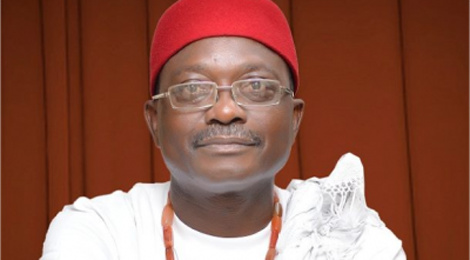 by Editor in Condolence

He reportedly died in the early hours of Thursday at the University of Nigeria Teaching Hospital, Enugu, after a protracted illness. He was aged 62.

The deceased was Permanent Secretary, Government House and Protocols between 2007 and 2014 when he retired voluntarily to contest for the office of Governor of Delta on the platform of Peoples Democratic Party (PDP).

Although he lost the primaries, he remained a committed and loyal party man. Former Governor Emmanuel Uduaghan later appointed him as Commissioner for Special Duties, a position he occupied until the end of the administration in May, 2015.

Under Gov. Ifeanyi Okowa’s administration, he was appointed Chairman, Delta State Bureau of Pensions in June, 2018, a position he held until he died.

In a statement by his Chief Press Secretary, Mr Olisa Ifeajika, on Thursday in Asaba, Okowa commiserate with the people of Ika South, Oki community in particular, Agbor Kingdom and the entire Delta Public Service community over the passing of the renowned civil servant and technocrat.

He said that Obuh was a respected civil servant, politician and administrator, who excelled in all his endeavours.

The governor described him as “thoroughbred technocrat” whose contributions to the civil service would be indelible, adding that he felt a “personal loss’’ with the demise of the great son of Ikaland.

“On behalf of the government and people of Delta, I mourn the passing of a gentleman and thoroughbred professional, Sir Anthony Chuks Obuh, who reportedly died early Thursday at the UNTH, Enugu.

“The news of his death came to me as a shock and I send my heartfelt condolences to the family, the people of Ika South and the entire bureaucracy in Delta on the passing of the renowned politician and top-notch civil servant.

“He was a gentleman-politician, and distinguished himself in the service of his state as a retired Permanent Secretary, Commissioner and current Chairman of the Pension Board.

“Until his death, he was an active member of Peoples’ Democratic Party (PDP) in Delta and a leader in Ika South Local Government Area. He will be sorely missed by those whose lives he touched in many ways,” he said.

Okowa prayed God to accept the deceased’s soul and grant fortitude to the family and friends he left to bear the loss.