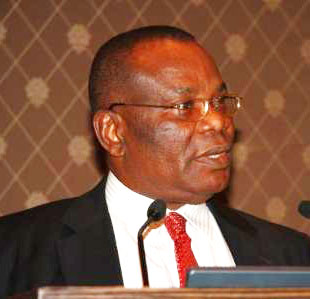 Oyovbaire, who chairs the Delta State Advisory Council and the Governing Council of Delta State University, Abraka, is a renowned academic and politician of consummate repute.

In a statement by his Chief Press Secretary, Olisa Ifeajika, on Monday in Asaba, Okowa commended the renowned Professor of Political Science for his contributions towards the realisation of his administration’s visions and programmes as well as the development of Delta and Nigeria.

He recalled that Oyovbaire played a significant role in his emergence as governor having served as Chairman of his Campaign Council and had continued to support the government in uplifting the state.

“On behalf of my family, the government and people of Delta, I wish to congratulate our father and leader of inestimable value, Prof. (Chief) Sam Ejite Oyovbaire, on the occasion of his 79th birth anniversary.

“Over the years, you have given yourself to the course of peace and development in Delta and our country. For this, we owe you an enduring debt of gratitude.

“It is my pleasure to join your family, friends and well-wishers in thanking Almighty God for His continued guidance, protection and provision for you in the past 79 years.

“Your life has been marked with great forthrightness, outstanding patriotism and accomplished service to humanity and nation-building,” Okowa stated.