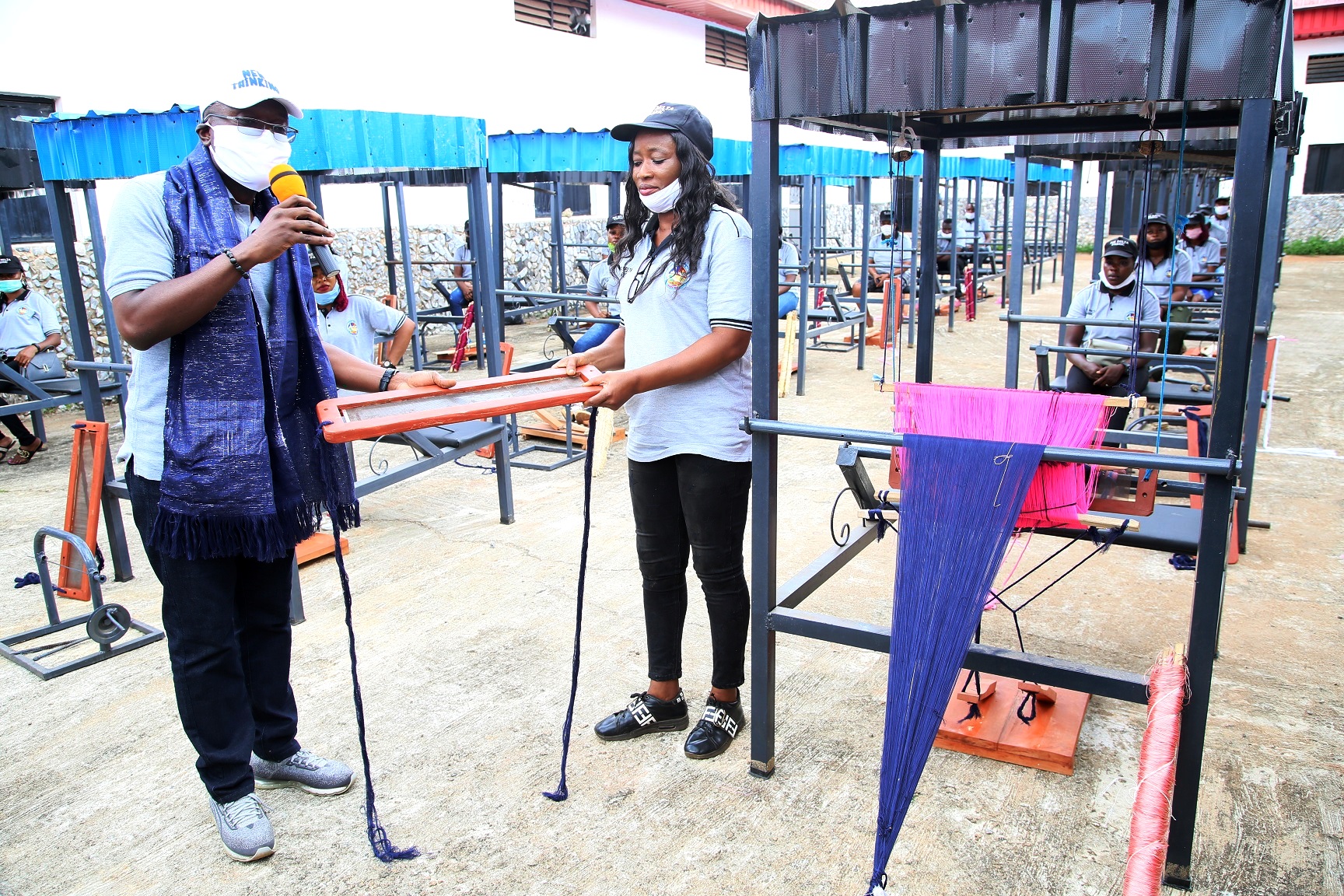 The poverty alleviation programme of Delta Governor, Senator Ifeanyi Okowa, on Thursday, received a boost with the graduation of 90 indigenes trained in the production of native attire popularly known as “Akwa-Ocha’’.

Speaking at the ceremony, Commissioner for Youths Development in the state, Comrade Ifeanyi Egwuyenga, disclosed that the training exposed participants to the entire processes involved in the production of the ‘Akwa-Ocha’ fabrics.

Egwuyenga said that the vision of Okowa was to raise the next generation of Delta youths that would sustain the creativity and production of ‘Akwa-Ocha’ and expand opportunities for them to excel in the vast textile industry in the country.

He disclosed that he was delighted and confident that the training had provided useful platform to the beneficiaries to gain “not just hands-on-skill but completely new insights that will strengthen their resolve to succeed in the textile industry.”

The Commissioner reminded the beneficiaries that their knowledge, passion and enthusiasm in the pursuit of their dreams as well as making the Delta Fabric global should be endless, adding that the start-up packs given to them by the state government were not for sale.

“I urge you all to be creative, resourceful and innovative because that is your sure bet in the new normal,” he said and expressed appreciation to the governor for his immense support which, according him, has brought the laudable initiative to fruition.

In his goodwill message, the Commissioner for Information, Mr Charles Aniagwu, said that the training and provision of starter-packs by the state government was part of deliberate measures to diversify the state’s economy in the Delta Beyond Oil drive.

Aniagwu said that clothing being a necessity, was one of the ways to create jobs for the unemployed youths in the state.

Also speaking, the Commissioner for Trade and Investment, Mr Chika Ossai, charged beneficiaries of the programme to allow their skills to distinguish them in the fashion and design as well as the textile industry.

Ossai lauded Governor Okowa for his youths-friendly policies and programmes, and called on youths in the state to leverage on the wealth creation and employment generation programmes of the state government to empower themselves economically.

in his remarks, Chief Economic Adviser to the governor, Dr. Kingsley Emu and other Special Advisers, including Mrs Mary Iyasere and Chief Emuobor Gbagi, told the 90 beneficiaries of the programme not to sell their starter packs, pointing out that they should see them (starter-packs) as assets that would leapfrog them into entrepreneurs.

Earlier in a lecture, the training consultant for the programme, Mrs Oreva Okowa, urged the beneficiaries to put the knowledge acquired to maximal use, noting that fashion and design industry needed high level of creative ingenuity.

One of the beneficiaries, Mrs Nancy Nelly, who responded on behalf of others, thanked Okowa for the training and provision of starter-packs, even as she pledged they would leverage on the opportunity provided by the state government to be economically independent.