Why we demolished “Abraka’’ market — Okowa 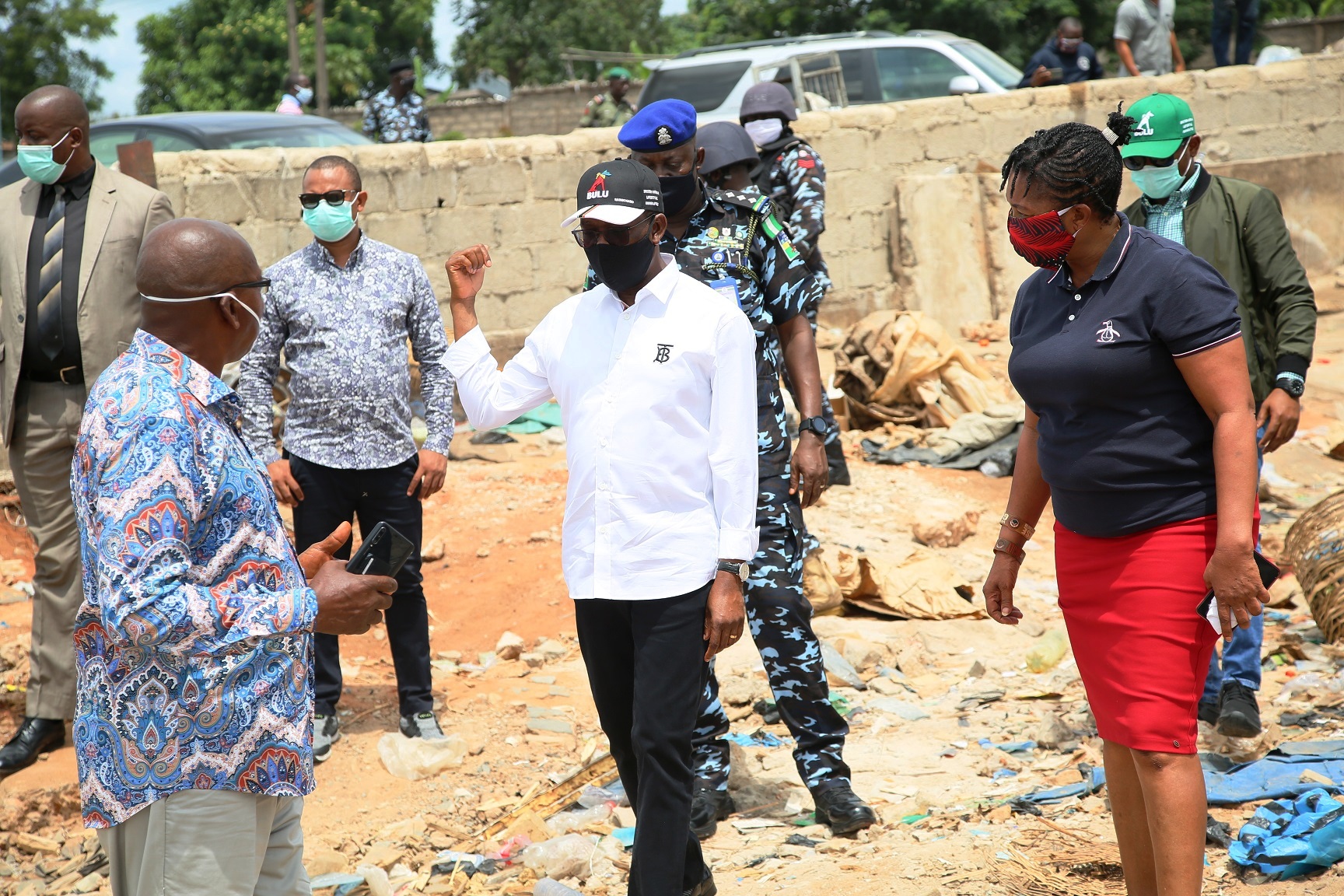 Governor Ifeanyi Okowa of Delta has said that the demolished Abraka Market in Asaba constituted security risk as it was a hideout for criminals involved in heinous crimes.

The governor gave the explanation while fielding questions from newsmen on Saturday after inspecting the demolished market and disclosed that the government had ordered the relocation of the traders in order to nip in the bud, the security challenges posed by the market and give Asaba a facelift.

He assured that the large expanse of land which housed the market would be put into adequate use rather than the illicit activities hitherto going on there.

Okowa warned that any unauthorized person found there henceforth would be arrested and made to contend with the law.

He advised former traders at the market to relocate as government was strategizing on how to put the hectares of land into good use.

According to the governor, the demolition was not to witch hunt anyone but was a deliberate effort to avoid using the land as den of crime and criminality.

He sued for peace and unity among residents of the state, and assured that his administration would continue to take decisions that would be to the advantage of all.

“The place was such that it was already creating a security problem for us and unfortunately we have found that a lot of people were developing brothels in that place and beyond that, it has become a criminal hide-out and we took that decision at the state security council that we needed to ensure that we are able to secure Asaba.

“And, in our plan to secure Asaba, we agreed that there was the need for the whole of that place to be bulldozed and people there relocated to another part of Asaba; that relocation has already been done and the place has been brought down.

“Now, we are going to think through and see what development we can bring to that place to put it into good use.

“But apparently, the aim for which it was done has already been achieved; we want to put processes in plan, working with various ministries and our Delta Investment Development Agency (DIDA), to see what we are going to put in that place because it’s a sizeable land in a prime location that can be used for something useful,” he stated.

The governor who was accompanied by the Secretary to the State Government, Mr Chiedu Ebie, Commissioner of Police, Mr Hafiz Inuwa and Commissioner for Information, Mr Charles Aniagwu, was conducted round the demolished market by the Director-General, Delta State Capital Territory Development Agency, Mrs Onyemaechi Mrakpor.

He also inspected the remodeled Koka junction on Benin-Asaba highway, with park and monument, executed by his administration through the Ministry of Urban Renewal and was conducted round the project by the Commissioner in charge of the ministry, Chief Arthur Akpowowor.